Welcome to our blog, describing our voyage aboard Bravo, a Kelly Peterson 46 sailboat with homeport in Seattle, Washington. We headed south in 2010, destined for Mexico and beyond. Cheers, Adam and Cindi

So, you might ask.....what the hell have the Bravo crew been up to for the last many months?  We can hardly blame you loyal readers of this occasional blog for the rumors that we'd joined the Flat Earth Society and sailed over the edge! 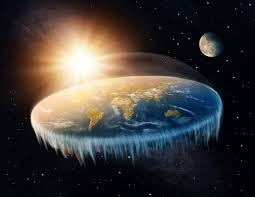 Nah....didn't happen, though perhaps we were close a time or two.  But there have been a few changes of note since we last posted.

The biggest by far is we have left Australia, at least for now.  As most of you know, we've been eagerly awaiting the completion of our new boat in France, now planned for the end of this year.  We thoroughly enjoyed the year that we spent land traveling in Oz a couple of years ago, and we decided to take a similar (???) trip in the US/Canada/Mexico. 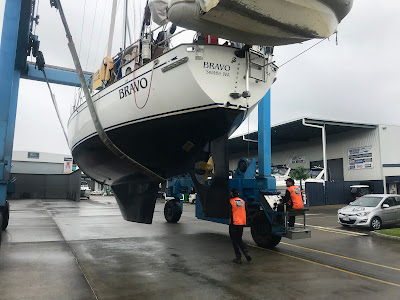 Leaving our trusty BRAVO behind, for sale in the hands of a broker in Queensland was emotional, to say the least!  Over the past 17 years she's been a remarkable magic carpet for us, taking us to places and introducing us to people and cultures we'd only imagined or read about.  It's been a great ride indeed, and it was with moist eyes that we prepped her for sale, and said our goodbyes.  Hopefully she'll find a next owner with a similar sense of adventure, who can take advantage of the incredible sailing machine that she's proven to be, for us and the previous two owners.  More to follow.....


Meanwhile, at the Boreal yard in France, work continues on the build of new BRAVO.  She was sent out to the paint shop for a few months over winter/spring, and when she returned to the yard, Adam went over for a few days in May to review systems.  Things are coming along well. 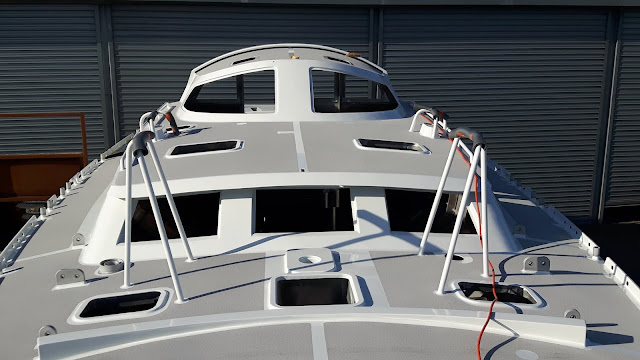 On the road again!

So, what next?  We landed from Oz back in Seattle, stayed with mates David and Diana, and bought a truck camper, a Hawk model by 4 Wheel Campers, and a truck, a 2011 Ford F-150.  We think it's a great design...with the top down, it allows a pretty sweet off road ride, but pop it up, and it's got full head room, a small dinette, stove, sink, refrigerator, and even a king size bed!!!  Even a hot water (outdoor) shower!  Sweet as!!! 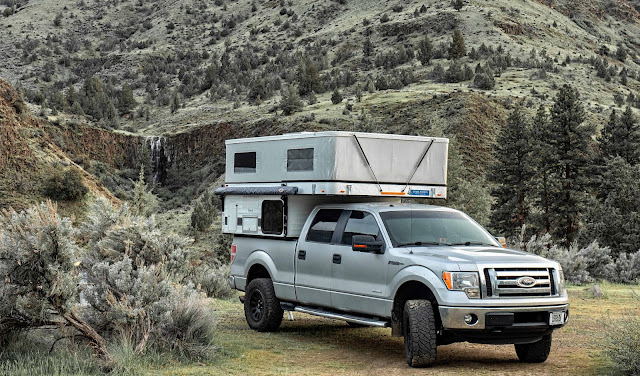 After fitting the truck with suspension air bags and new wheels and Bilstein shocks, we were ready to head out on a shake down cruise to the eastern Oregon high desert.  It was April, and C-O-L-D.....20F degrees at night.  We were happy that our new rig had a propane furnace...this is LUXURY camping indeed!!!

First stop was Hood River, where we had a nice visit with Cindi's cousin David and his partner Julie, and friends Steve and Tracy.  Did a fun hike up the Columbia River gorge to check out the wildflowers, mainly arrow leaf balsam, which were in full bloom. 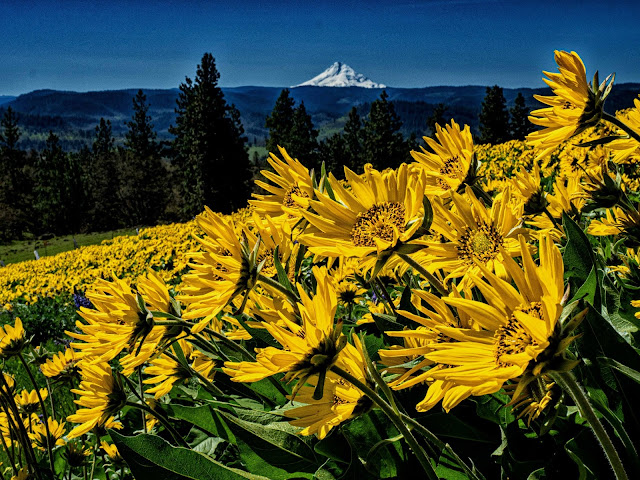 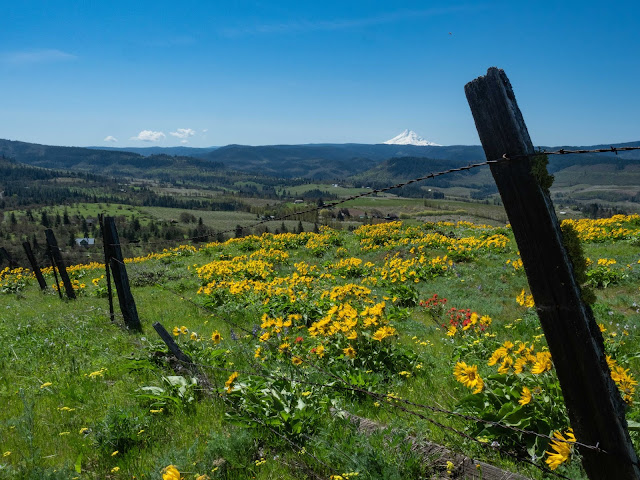 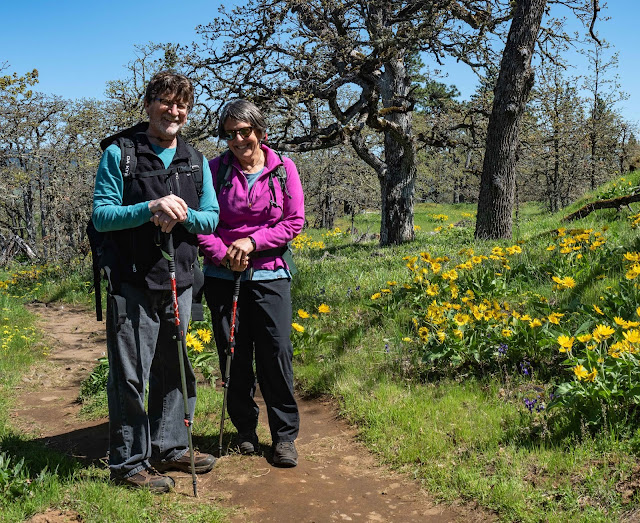 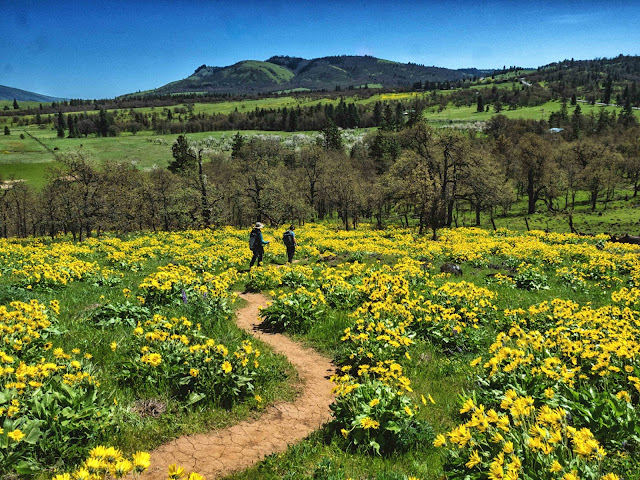 We had a great month in Oregon, exploring areas that we'd not visited in the past, even in the 7 years that I lived in Eugene back in the 70's.  The south east Oregon high desert was beautiful in the spring, especially with no other tourists on the road, the trails, or the campgrounds. 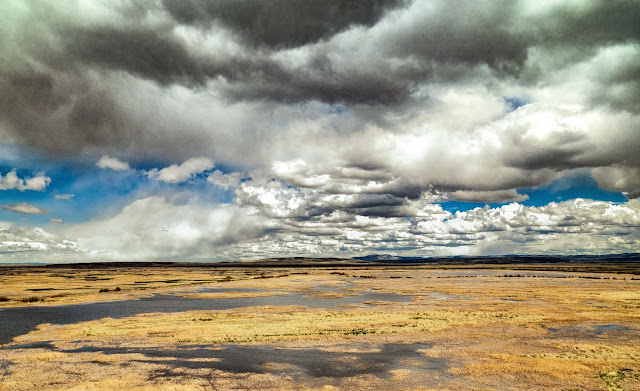 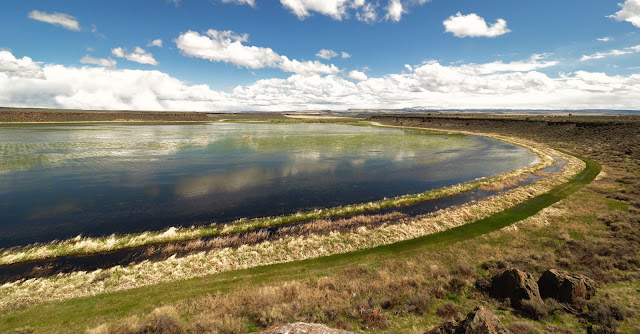 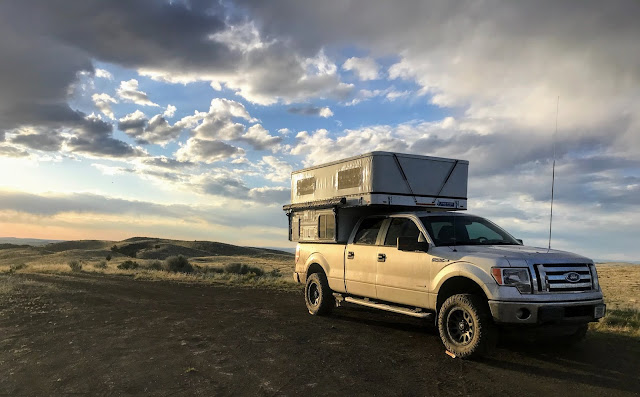 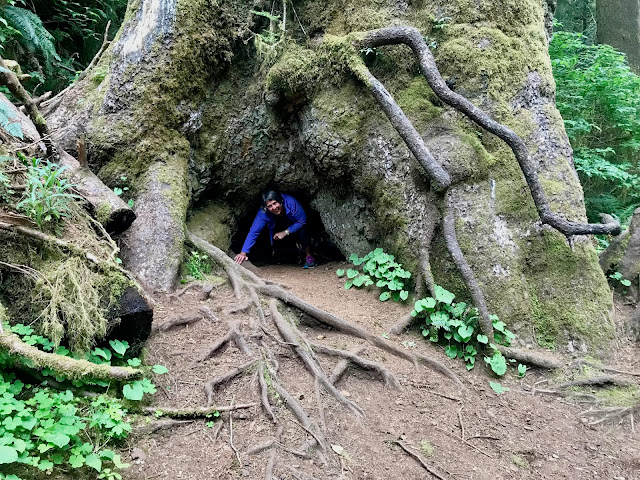 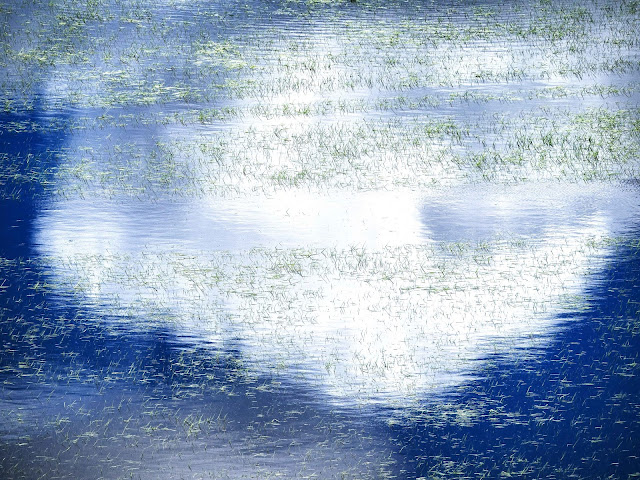 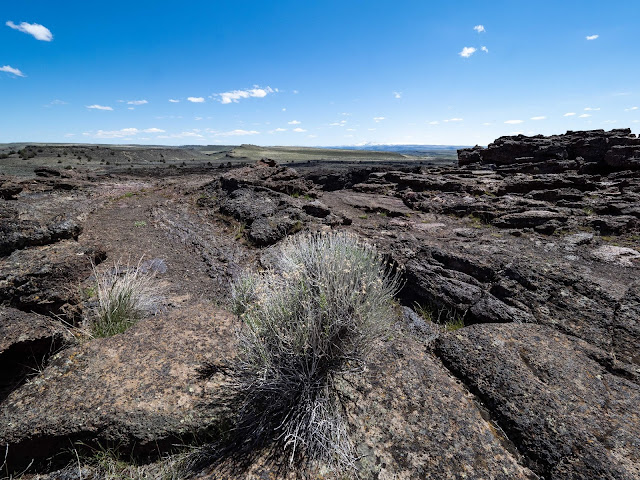 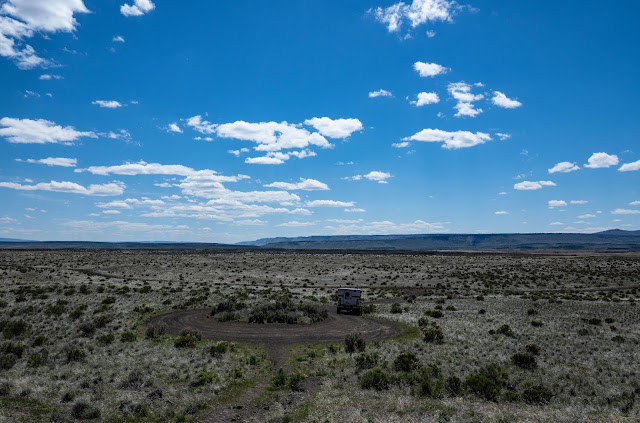 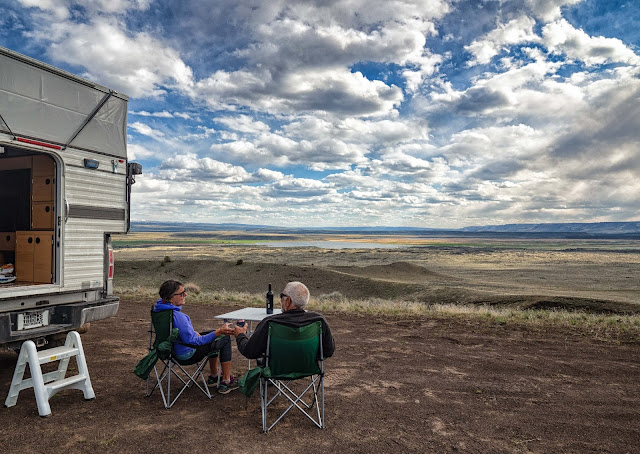 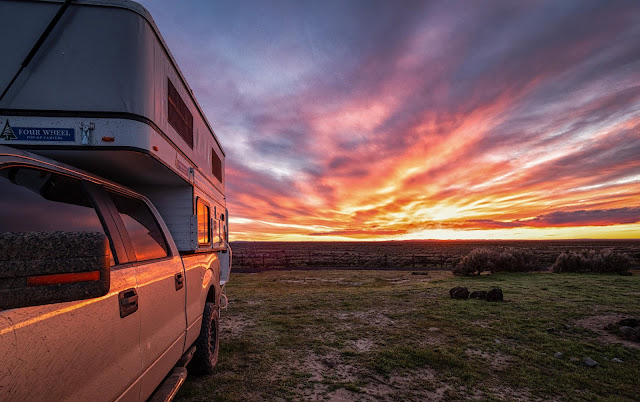 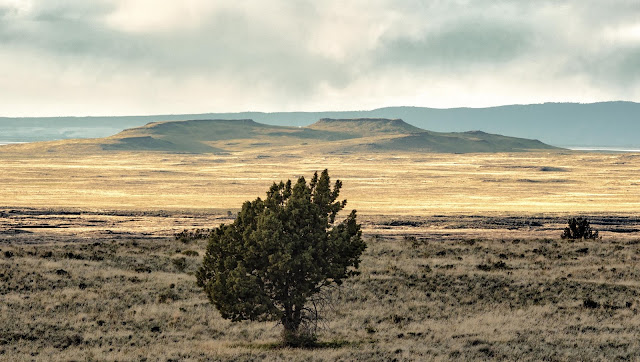 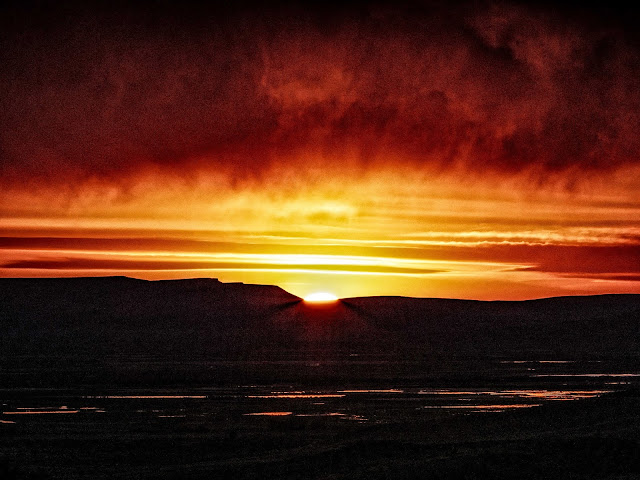 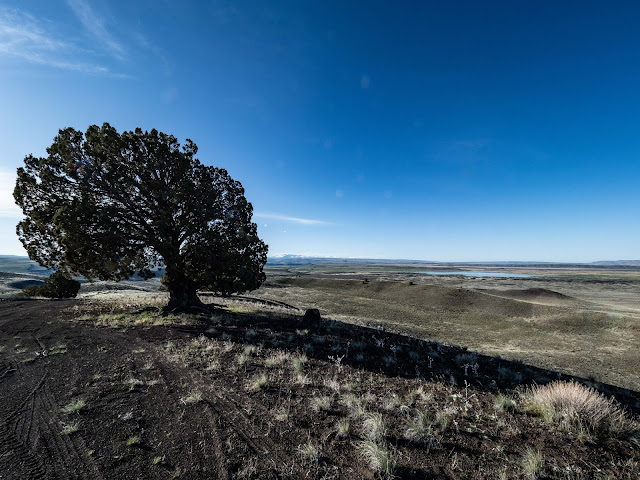 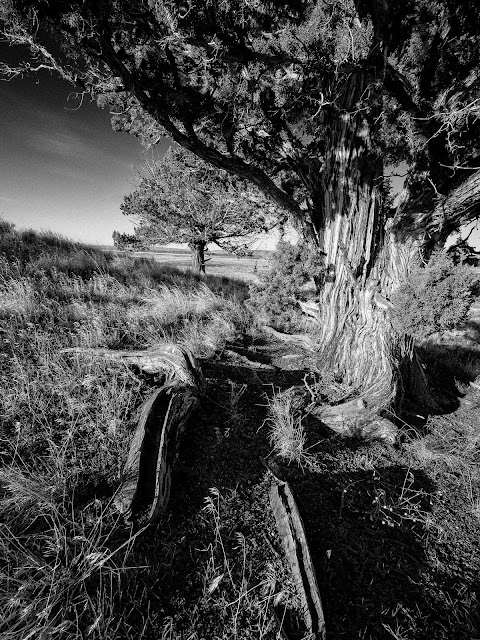 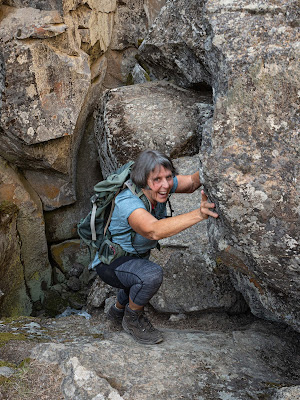 We found some great hikes, here in Crack-in-the-Ground 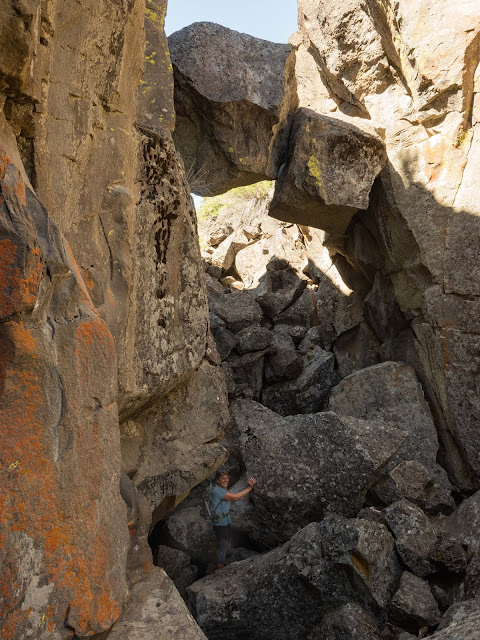 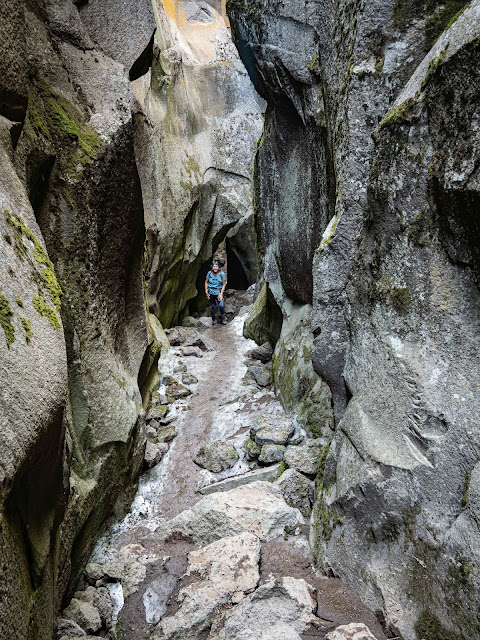 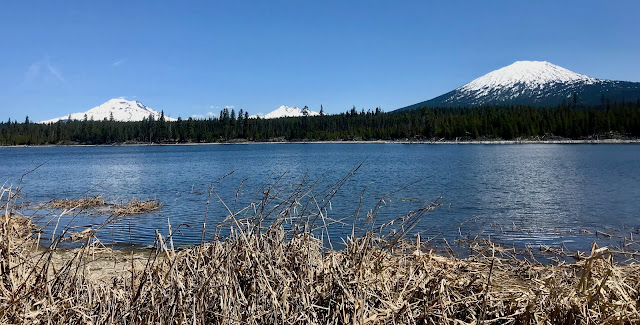 After the desert, we headed west for the coast, where we spent a few days working our way north back up to Seattle for a quick regrouping.