Summer time (and the livin' is easy!!)


Happy summer, everyone!  The solstice has come and gone, and things are indeed warming up here in the Sea.  Actually the locals keep telling us what a nice cool season it's been so far, but it sure feels warm for us gringos from the north country!!!  And summer's just begun.  We've been hearing reports from Geary, a local weather guru, that the temps in the Bahia de Los Angeles (a bay around 100 miles to our north, where we plan on spending the summer) have been ranging from 110 to 116 degrees  this past week.  Yikes!!!  I didn't even know it got to 116 on planet earth!!!  Happily he reported that it was an error on the part of the automated reporting station, and the temps are only around 100.  Whew, that's more like it!!!  August and September are when it gets warm, so folks say!!!

We've been busy exploring the various islands and anchorages in the area.  Islas Carmen, Coronados, and Danzante all have wonderful protected spots to drop anchor, kayak, fish, hike, snorkel, and just relax.  We've even been getting in some excellent sailing for a change!!!

We took a quick 5 day trip up to the US for some business and to renew our visas.  Flew in and out of Loreto, went very smoothly.  Now anchored at Isla Coronados, where we can get internet connection out of Loreto, approx 6 miles to the south. 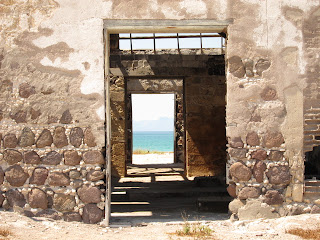 One spot that we anchored at, Bahia Salinas, was the site of an old salt mining town, where great quantities of salt was collected and shipped globally.  The town was abandoned in the early 1980's, and it's pretty much as it was left, with the harsh elements rapidly reducing it to rust and bricks.  Very cool to explore, and the hike out to the salt flats was a good one.  Joined at Salinas by friends from boats Kashmira and Kachasa, we also snorkeled on the wreck of an old tuna boat which sunk a number of years ago in the bay.  Great reef has formed with a tremendous array of fish, lobster, and other critters.  We stayed for hours on the wreck. 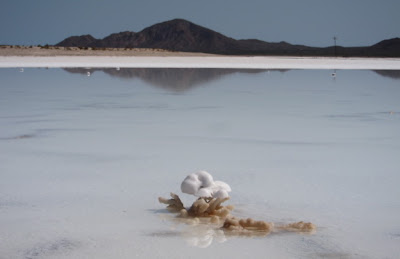 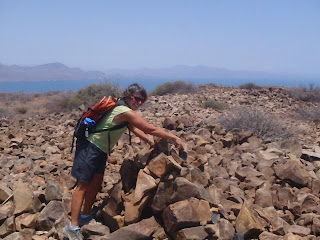 The hiking on the islands has been excellent, especially in the morning, before things really begin to bake.  Though Adam has been nursing a pulled back for the past couple of days, Cindi did a fun hike up to the 1000' high top of Isla Coronados yesterday with friends Mark and Ann from boat Blue Rodeo.


Fishing report:  Remains pretty slow.  We've had good luck catching skipjack tuna, but due to their funky blood red meat, they always get a "catch and release" aboard 'Bravo'.  Had a small dorado on the line, but he threw the hook just as he was coming over the rail...Otherwise, a small baracuda caught while dinghy fishing is about it.  The water is warming up, so hopefully so will the fishing!!!

We did get several new lures in Loreto, so stay tuned!!!  (though some say that "lures are designed to catch fishermen, not fish".....hope springs eternal!!!

Will weigh anchor today, and continue to work our way north in the Sea.
Posted by Adam at 5:12 AM 3 comments:

Northward in the Sea 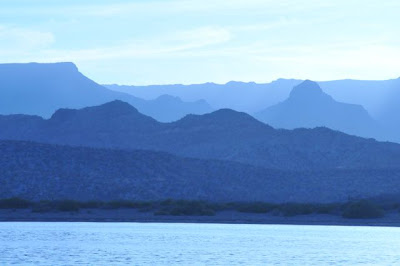 We've been continuing our exploration of the Sea of Cortez, working our way north to one spectacular anchorage after another.  One advantage of being a bit later in the season for this northward migration is that it seems as though most boats have already passed through, leaving the anchorages deserted or nearly so.  The mountain range on the Baja, the Sierra Giganta, continues to amaze, providing us with constantly changing views of this remote, harshly beautiful desert landscape.  Recent stops have included Timbabiche, San Evaristo, Agua Verde, San Marte, and now Puerto Escondido. 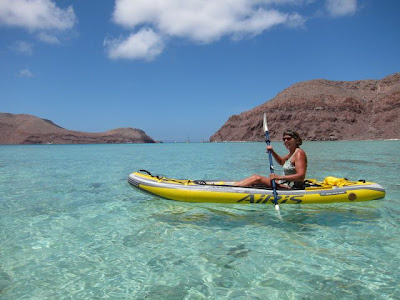 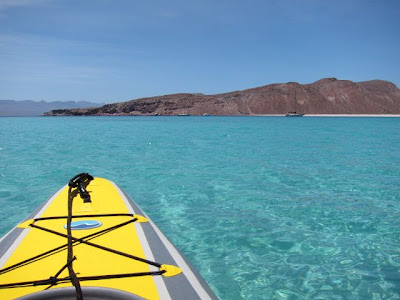 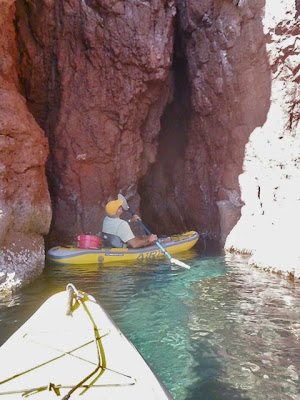 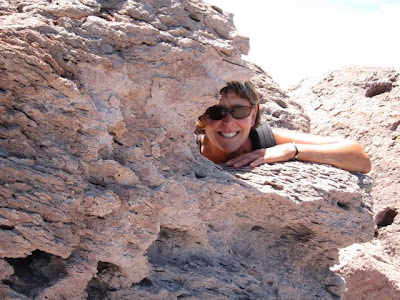 The hiking has been fun, both on the islands as well as the main peninsula.  Yesterday we joined fellow cruisers Steve and Ian for a hike up "Steinbeck Canyon", a narrow boulder filled canyon described by John Steinbeck in his writings on the area.  Although the canyon was nearly dry, and we saw no waterfalls, there was a bit of water remaining in some of the deeper pools and small, oasis like areas with palm trees and other green vegetation. 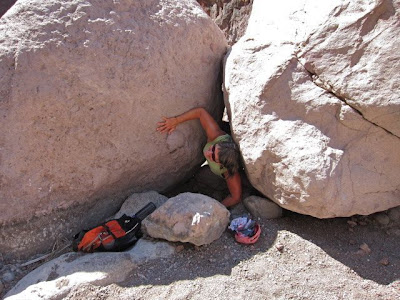 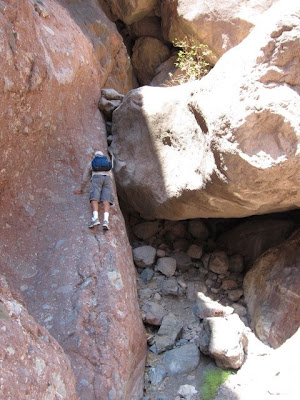 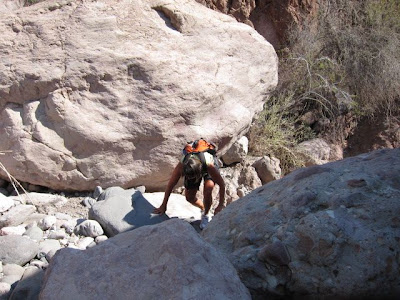 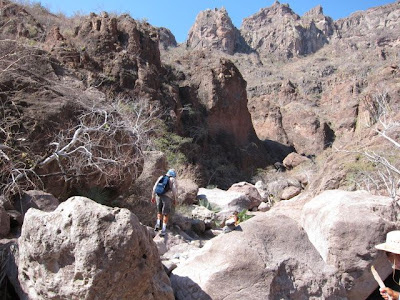 We continue to work on repair projects, confirming the reality that "cruising is getting to fix your boat in distant places".  Yesterday the raw water pump in the refrigeration system packed it in.  Happily we had a spare pump, and the repair went smoothly on this rather critical system!!!  The anchor washdown pump also quit recently.  Not as serious as refrigeration, but it's nice to be able to clean the mud and muck off the anchor and chain as it comes aboard.  We also use it when cleaning fish on the aft deck.  Happily it turns out to be just a bad pressure switch, but by jury rigging it to keep it on we can use the pump (carefully, so as not to blow up any hose connections down below!)  It really is amazing how the wear and tear of constant use takes its toll on systems and gear, compared to using a boat intermittently on weekends and vacations.  But its really just part of the challenge, and so far all has been manageable.


Fishing report:  The fishing continues to be spotty at best.  Folks still complaining about the cold water (now about 76 deg), but it is warming up, and hopefully the fish locker will soon be better stocked.  A few boats report getting nice dorados lately, so fingers crossed that our luck will improve.  We're had our best luck trolling with the dinghy at anchorages, and collected a nice bag of scallops a few days ago while snorkeling.  Tasty business!!!

We've been here in Puerto Escondido for the past few days, catching up with friends, using the internet, kayaking, hiking, and snorkeling.  This part of the Sea has so many beautiful islands to explore, we indeed have our work cut out for us as we continue to journey north toware the Bahia de Los Angeles, where we plan to spend the heat of the summer during the hurricane season.
Posted by Adam at 7:33 AM 2 comments: