The Bravo crew has landed in Oz, and been hard at work getting acquainted with the land of Oz for the past three weeks.

Flying in to Melbourne after a quick hop across the Tasman sea from Auckland (it's true.....nothing sails to weather like a 737!!!), we were met at the airport by mates Don and Deb.  We first met them sailing in Mexico several years ago, where they were cruising their boat, Buena Vista.  Though since "swallowing the anchor" (selling the boat and moving ashore), we've kept in touch, and it was great to reunite at their place outside of Melbourne. 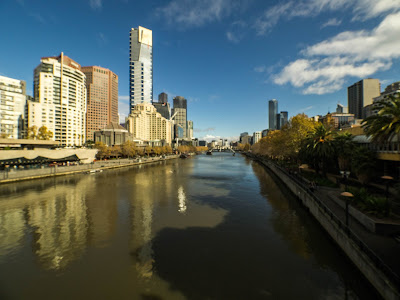 D&D had an action packed 10 days or so in store for us.  After taking care of the usual chores on entering a new country, such as cell phone cards, Aussie bank account, etc., and touring the terrific, vibrant downtown of Melbourne (a large city, over 4,000,000 people, greater than the population of all of New Zealand!!!)  we took off on an 1100 km road trip throughout the state of Victoria.

Headed up to Euroa, for a fine visit with Don's brothers and mom, then over the mountains (ski area at Mt. Hotham, base elev 4,700') and on to visit with Tony and Carol at their ranch near Buchan.


Had a fantastic tour of Tony and Carol's 800 acre spread (not the ranch (station) in the photo above!!!) in Tony's 4x4 ute, as we made our way on the muddy tracks down to the Snowy Creek at Jackson's Crossing.  The area has a rich history of gold mining and running cattle back to the late 1800's.  Still had a feeling of going back in time, not hard to imagine drovers with herds of up to 100,000 head of cattle. 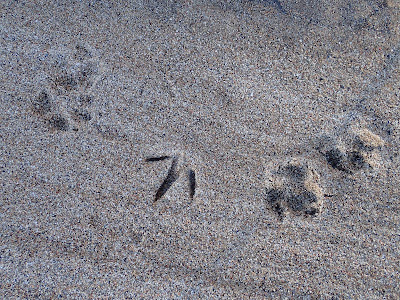 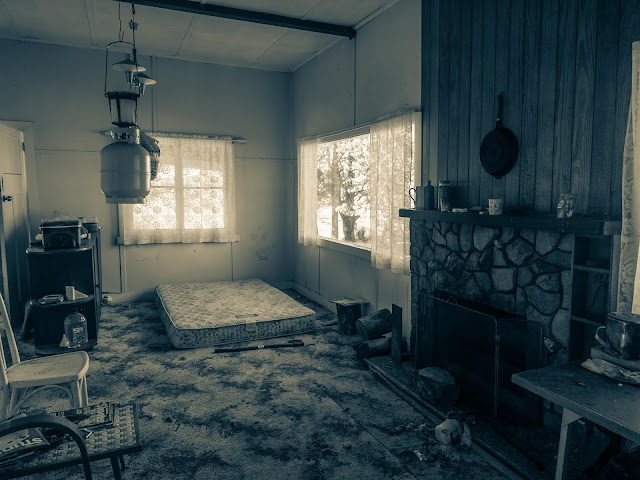 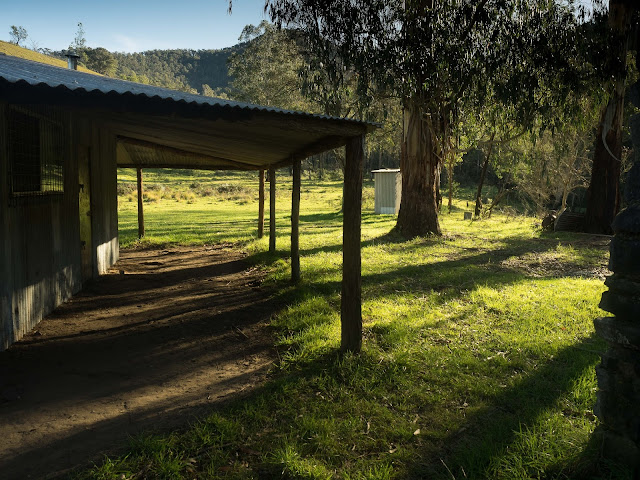 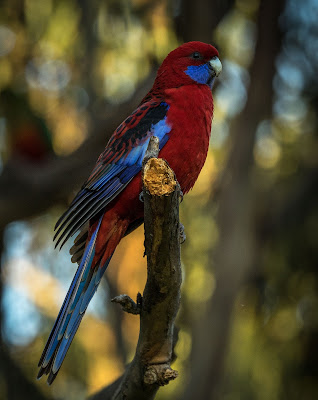 Saw lots of wildlife on the trip, including a little echidna (spiny anteater) ambling across the road, many wombats (since they are primarily nocturnal, we drove around the paddocks in the dark with a spotlight, to see the little guys waddling over the hills), lots of kangaroos, and several birds new to us, including cockatiels and crimson rosellas.  Great stuff! 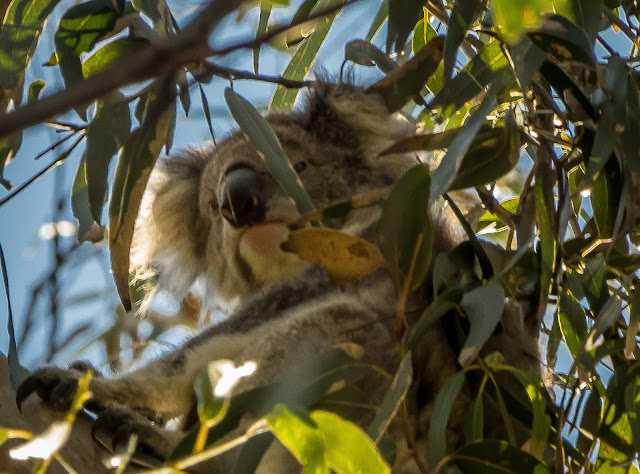 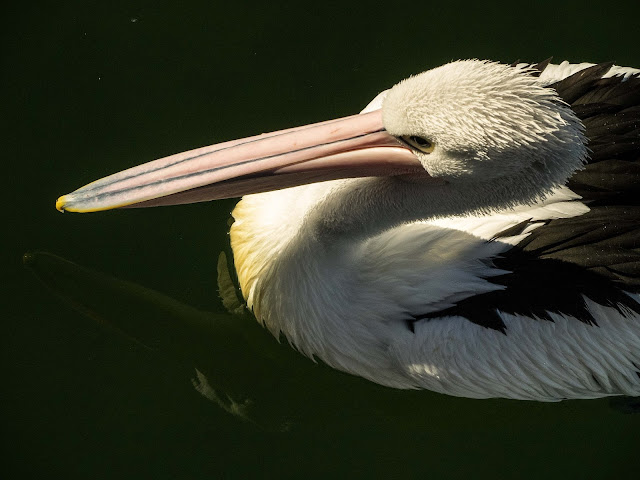 But it was finally time to say our goodbyes to D&D and get a rental car for the drive to Adelaide, where we would pick up our new steed, a 1995 Landcruiser named 'Tojo', as, we've come to learn, all Toyotas are nicknamed.  The route took us along the Great Ocean Road, one of the classic Australian touring roads.  Beautiful views and surf breaks everywhere, and we of course had to spend a day in the Coonawarra wine region, filling up the shiraz tank for Australian adventures to come.  The Aussies take their red wines seriously......so did we.......


Arriving in Adelaide, we were warmly greeted by Tojo's owners Pete and Polly.  They hosted us for a week, time spent getting Toj ready for upcoming outback travel.  P&P were terrific, giving us heaps of info on the outback, 4x4 driving, and gave us a great perspective of travel in the remote regions of the country.

I guess we didn't fully appreciate just how remote much of Australia really is.  Preparations for 4x4 exploration in this country are nothing like getting ready for most road trips.  Spare parts, tools, vehicle recovery gear, desert survival supplies, navigation gear.....full self sufficiency is required.  We even took a day long course in 4x4 driving techniques and vehicle recovery.  Tojo has been there before, and though she's just had her 20th birthday, she's in very good shape   (knock on wood!!!).

We added a rooftop tent for desert camping (keeps us up 6 feet above the many poisonous snakes and spiders, not to mention salt water crocodiles (salties))  Sweet as!!! 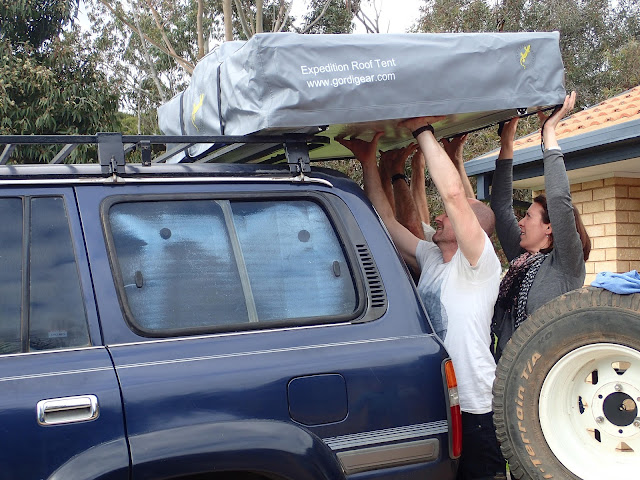 Also added several antennas to satisfy Adam's inner geek.  (The geek even applied for an Australian ham radio call sign....just received VK3SYB).  Tojo now sports 5 antennas around the hood (bonnet)....  UHF CB (needed to talk to road truckers about passing options), cell phone booster, ham 2 meter/440, ham hf, and am/fm radio.  Most important is the HF ham antenna, as long range communications while in the desert are considered essential.  Talked to a hamster in California today while motoring down the road, so it must be working.  We also carry a satellite epirb (emergency beacon), much as we do on the boat.  This will notify search and rescue teams via satellite in case of serious emergency.

We studied many maps and guidebooks, and spent a lot of time online looking at road conditions and weather.  Unfortunately, though this should ordinarily be the dry season (winter), the country has been hit by record rain and cold, basically since we arrived three weeks ago, coming up from the southern ocean and Antartica.  This has rendered much of the outback roads, especially of South Australia, impassable, forcing most of the best 4x4 roads to be closed.  Major bummer!  So we've had to alter plans a bit, and rather than heading out to cross the Simpson Desert early in the trip, we are instead heading up the paved Stuart Highway through the center of the country, heading to Uluru and Alice Springs.  That will give us a bit of a hub of exploration in the region, until we head up to the Kimberlies in north west Oz. 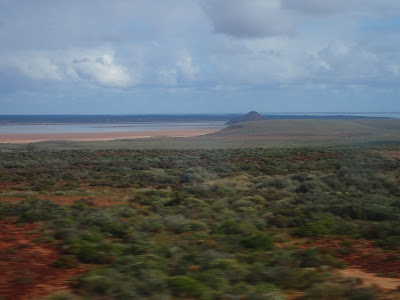 It's all good, this is an amazing country to explore, and we're settling into the road camping mode with the new rooftop tent nicely.  Tomorrow we'll head through Coober Pedy, an opal mining village where all of the homes are built underground to keep cool in the summer.  No, we're not in Kansas anymore!