Progress has been frustratingly slow these past couple of weeks.  After the tanks came out at the end of week 1, we thought we were "off to the races".  Unfortunately, at this point, three weeks into the project, the plywood mockups to get the new tanks fabricated are still not quite complete, so we will not have new tanks for at least the next 2 weeks or so.  We also learned that our shipwright Don does not work on Mondays!!!  WTF???  This adds 20% to the schedule for any of his work.  Not good.  At all.....

Well here's where we are at this point:

Tanks:  Mockups ALMOST done, then will go off to fabrication


Partitions have just been glassed in.  Pretty, right?  Well hold that thought...

When the 3 tanks were mocked up in plywood, the 3rd one was slightly too big to maneuver into position in the tight space.  So it and the adjacent tank needed to be redone, and the glassed-in partition will be cut out and re measured and recut (remember, boat hulls taper from bow to stern, so each bulkhead is unique!)

That's what the mockups are for, but it would have made more sense to try it BEFORE glassing in the bulkheads!!!  just sayin'.......


Meanwhile over on the port side....   We've figured out how to rebuild this side in a single tank, eliminating the hassle and expense of multiple tanks like we need on the starboard side.  It means a large vertical tank, thin enough to slip in the entry, and elimination of the horizontal leg of the L-shaped previous tank.

This required moving a through hull fitting which is the vent for the propane locker. 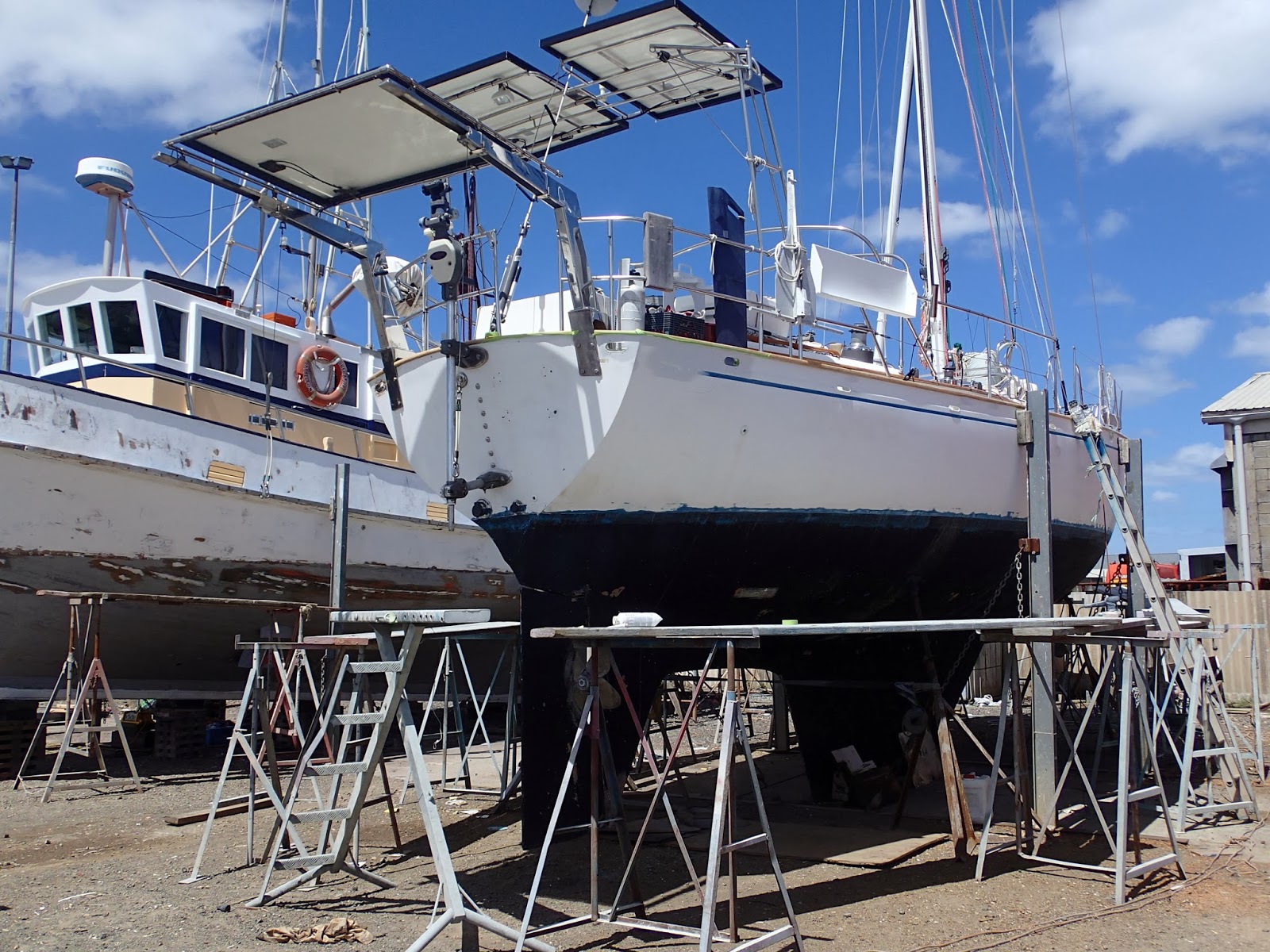 The repaint project is well underway.  BRAVO has scaffolding all around, and is being prepped and sanded, with the all small dings and scratches of her 30 years of voyaging being filled and faired.  We're also stripping all of the varnish off the exterior wooodwork, and polishing all of the stainless steel.


Ahhh, and now on to the galley.  As you may recall, the freezer box has been a terrible energy drain for us, requiring that we run the generator daily for perhaps 1 hour.  The refrigerator box, on the other hand, has been relatively efficient.  We figured that the freezer had to have bad or lacking insulation causing the problem, and decided after 3 years in the tropics to do something about it.  This past weekend, surgery began, as we tore out the existing counter top and the freezer box itself, along with its insulation.  Not pretty.  At All !!! 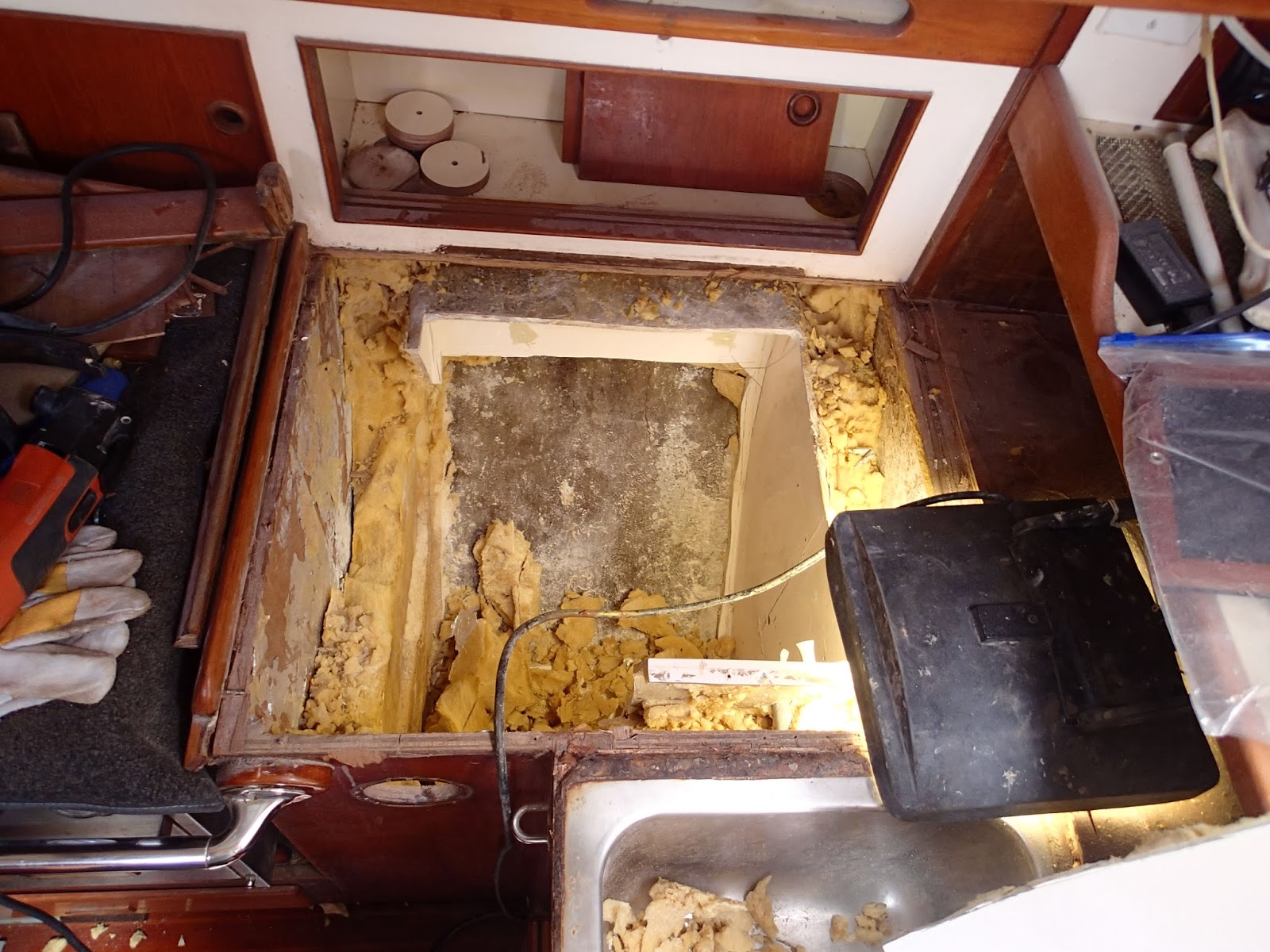 Back topsides, the boom has gone off to the welding shops.  We're making some improvements to the reefing system, and strengthening the gooseneck (connection of the boom to the mast).

Poor BRAVO is looking a bit shabby now.  Hopefully the next few weeks will see progress as the rebuild continues.....stay tuned! 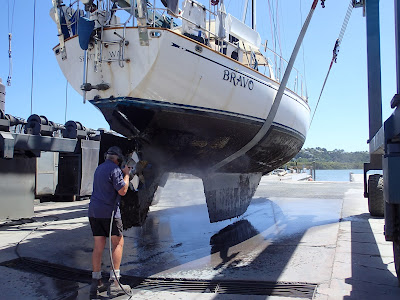 It's begun...our long awaited major work effort started on Monday, as we hauled out of the water, pressure washed, and gently set down in the cradle that will be our home for the next (hopefully) 6 weeks or so.  All went right on schedule.


On Tuesday morning the real work began.  Don from Riverside Boatworks is the shipwright we'll be working with most closely, and we began demolition to get at the fuel tanks.  Both have proved to be worthy adversaries, not totally unexpected.  In order to remove the port tank, we needed to remove the watermaker and the cabinetry that it sat on.  This (the cabinetry) was pretty much trashed in the process, and will need to be reconstructed.

We've found the place where the port tank developed its diesel leak in Ecuador, a corroded point under the tank at the low point.  The tanks were apparently installed in the hull before the deck was put on.  Nice idea for the rascals building the boat.....not so nice when you need to remove the tanks 30 years later!  No way would they fit out of the openings of the boat, so we needed to cut them up and remove in pieces.  Very smelly, messy work, using a grinder to hack up the 2mm stainless steel monsters.  But by Friday afternoon, it was done, the last of the two tanks, in pieces, lay on the ground.  We'll save the bits to make patterns for the replacements.  In order to fit them into the boat, the new tanks will each need to be built in three tanks, plumbed together to work as one after getting them below.  No fun!

We also plan to tear out the existing freezer box and build a new one with new, improved insulation to save lots of electricity, hopefully.  So we had a refrigeration tech come out to vacuum out the old refrigerant gas (protecting what little ozone is left down here!!!), and tear out the copper refrigerant lines.  We'll reinstall the gear after the new box is built, along with new galley counters. 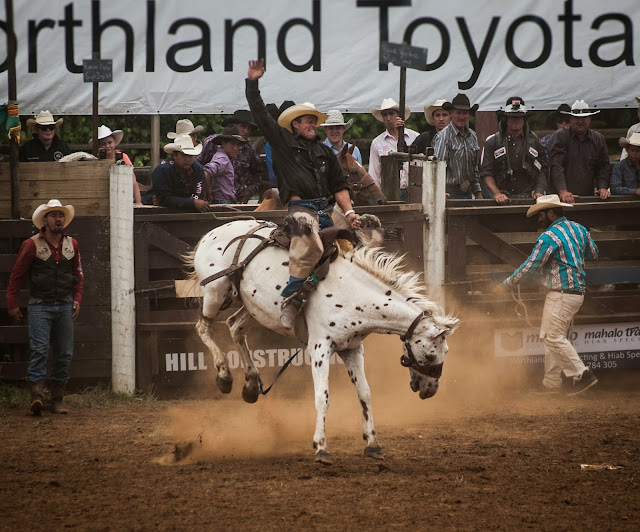 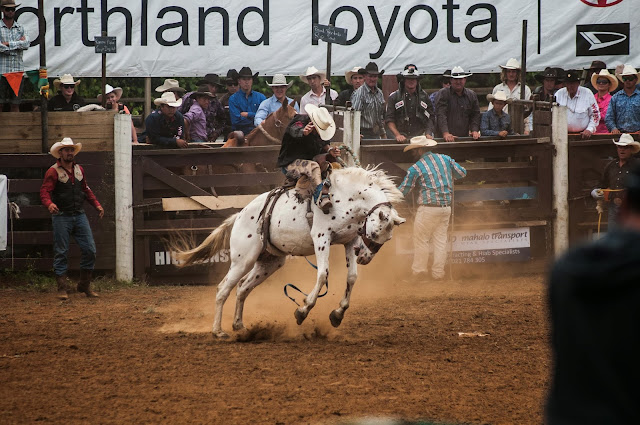 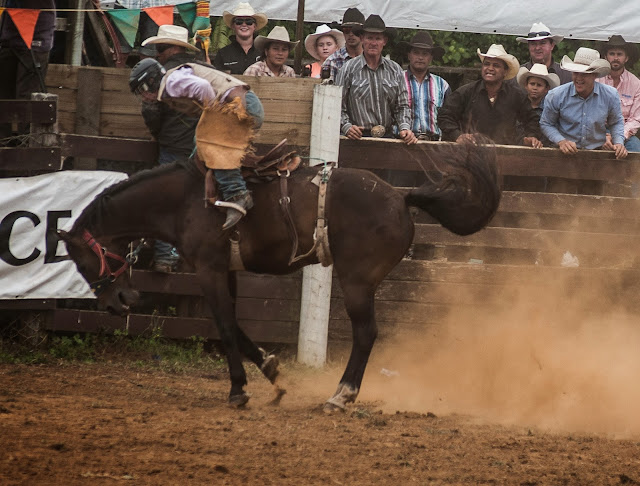 One event unique to New Zealand rodeos was the sheep chase....just for kids.  The herd of sheep was released into  the ring.  All had ribbons around their necks.  Then a herd of kids was released from the other end of the ring, and the object was for them to get a ribbon off a sheep.  Good fun for all, well probably not the sheep, but that's the way rodeos go. 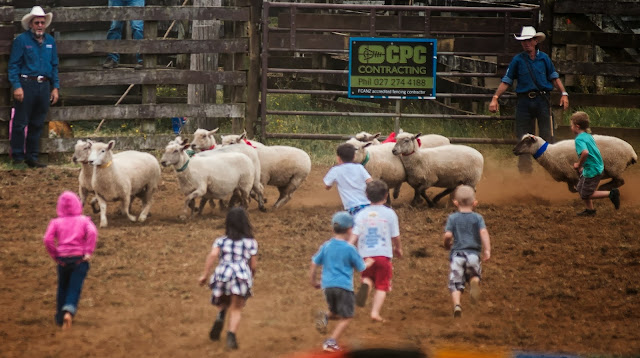 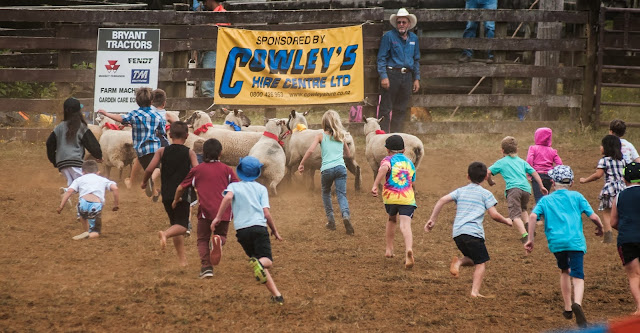 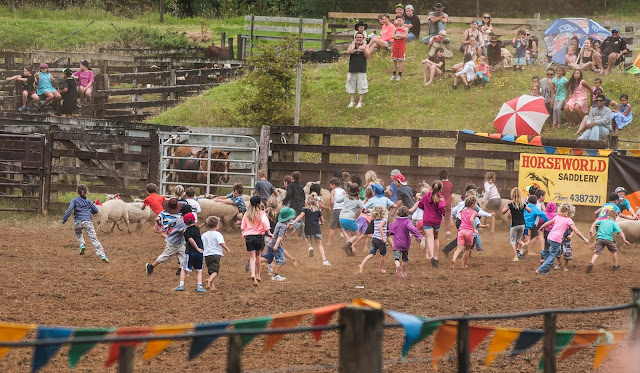 All in all a successful week.  Bravo is now totally torn apart, but hopefully next week will start the fabrication of the new tanks, as we move on to other projects.  Happily we have friends on another boat who are back home in Norway for a visit.  They wanted their boat looked after in their absence, and invited us to live aboard until our work is done or they return.  Looks pretty obvious which will come first!!!  ;-(