What do the following 2 images have in common??? 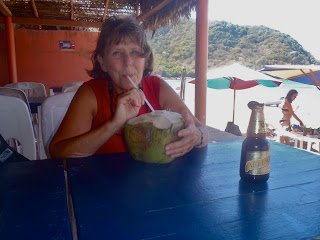 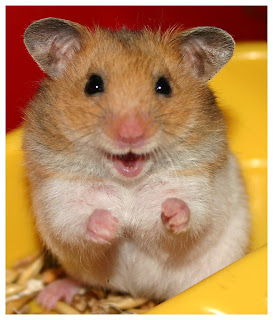 Answer:  They're both HAPPY HAMSTERS!!! 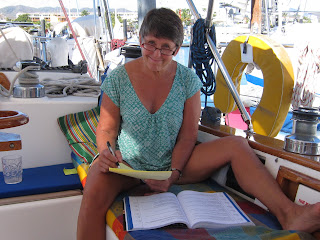 Cindi's been hard at work studying for her ham radio exam(s) for the past few days.  Yesterday she successfully passed the Technician and General class exams, so she's joined Adam in achieving the exalted status of Geek !!!!!  Who'd a thunk it???!!!

Meanwhile, boat work continues...removed, and rebedded 4 more porthole lights over the past couple of days.  The heat of the summer in the Sea of Cortez has dried out much of the caulking, creating leaks where none existed up in the Pacific NW.  And rumor has it that it rains now and then in Central America!!!   Today will start to rebuild the watermaker with a new membrane and pressure tube.
Posted by Adam at 2:38 PM 2 comments: 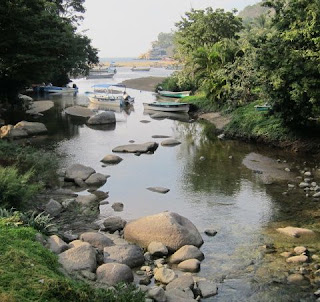 Cindi and I did a great hike over on the opposite shore of Bandaras Bay, across from our current location at La Cruz.  It took us 4 city buses to reach the town of Tomatlan, past Mismaloya, where John Huston filmed the classic movie, Night of the Iguana with Ava Gardner and Richard Burton a year or two ago. 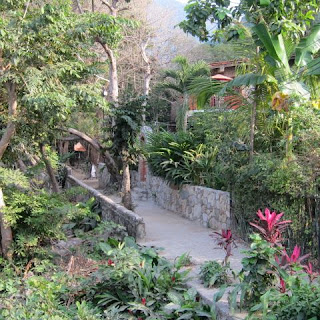 At Tomatlan the road ended.  Along the shore, the jungle comes right down to the water, and an excellent foot path connects several small villages.  This path runs up and down continuous sets of stairs as it snakes up and over various rocky headlands.  All in all, it felt great to get out and stretch our legs. 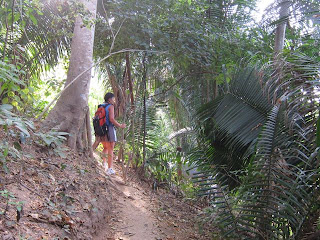 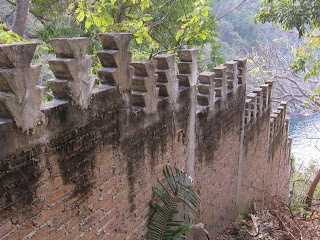 When we came upon this amazing stone wall surrounding a villa in the middle of the jungle, we felt like we were in a scene from Apocalypse Now, expecting to see Brando sitting behind the wall with his native minions.  In fact, the house seemed deserted, but in the gathering darkness, it allowed our imaginations some tasty heebie jeebies!!! 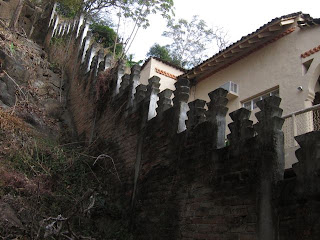 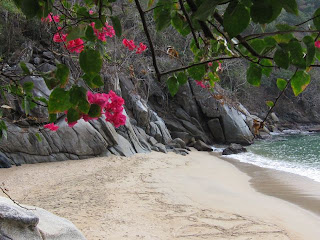 And here's a parting shot from our time spent a few weeks ago in Los Muertos, before crossing over from Baja.......

When is a kitchen not a kitchen???


Answer:  When it has no walls, stove, sink, lights, or cabinets!!!

What were we thinking???!!!  About a month ago, Adam and Cindi headed up to Seattle to check out our house and get it ready to re-rent.  Our previous tenants' lease had expired, they'd moved on, and it was time to find new tenants.  We thought it might be a good opportunity to give the kitchen a minor upgrade, with a bit more pizzazz, a few new appliances, make it easier to rent.  Reasonable, right???  Well, can you spell S.C.O.P.E. C.R.E.E.P.?????   Thought so......  "What were you thinking???"  (or to put it another way......"WTF, you guys???")

One thing led to another, and the next thing we knew, Adam was up to his eyeballs demolishing the old kitchen down to the wall studs.  New plumbing, electrical, lighting, cabinets, etc. etc.....  One month passed by pretty quickly, as the beast took shape.

Granite counters, tile, and the vent hood / soffit over the peninsula will go in during the first week in March, with the door/drawer fronts to follow.

Our friend Kevin will finish the project up, as Adam really needed to get out of the 40 degree drizzle, and fast!!!  Yesterday he flew back down to join Cindi in La Cruz.

All in all, kind of a fun project, but it was very weird to make such an abrupt change from one world to another.  It felt like it had been a long time since so much time was spent as a landlubber.  Wonderful to have an opportunity to see old friends, but also made us appreciate how much we really love the life we're leading aboard 'Bravo'.  The house has now been rented with a two year lease, so let the 'Bravo' adventure continue south!

While Adam was working on the house, Cindi has been hard at work on 'Bravo' projects.  New sail and scuba tank covers, varnishing, and provisioning the boat for the coming trip to central America.  We have some additional rigging and watermaker projects (have you loyal readers heard that before???) to take care of in La Cruz, but should be ready to head south within the next two weeks.

La Cruz, one of our favorite Mexican towns (or towns anywhere, for that matter!!) is a real bee hive of activity, with many boats staging here for their Pacific crossing to the Marquesas.  Most of the "Coconut Milk Run" fleet leaves in March, so folks are really busy around here as the excitement builds.

Our plans are to leave here shortly and head south to El Salvador, exploring as we go.  We then plan on being in Ecuador by early June, to be out of the Central American summer rains (and lightning!).  Several months in Ecuador should allow for some great travel adventures throughout South America, before we set our sights for the South Pacific.   Stay tuned!