What a terrific country, how could you not fall in love with this place!!!  I see that we haven't updated the blog with our current adventures for about a month.  So just what the hell has your Bravo team been up to, anyway???


Well, after diving at the Rainbow Reef (Viani Bay) for a week or so, we needed to head back into Savusavu for supplies, and to pick up our new autopilot, shipped in from Brisbane, to replace the faulty unit that we flown in a couple of months ago (it went "DOA" after about 24 hours of driving....."bad Otto, bad"!).  In all fairness, we had bought a used "brain" from manufacturer TMQ to replace the old 15 year old one.  I guess everything has its limits.

Stopped off at Paradise Resort on Taveuni Island along the way for a brief R&R......unfortunately the $32 burgers at the little low key dive resort scared us away after a day or 2, but it was a pretty spot for a bit of kayaking and snorkeling.


TMQ's customer service had been great so we decided to buy a brand new autopilot display and brain from them.  Installation was straightforward, as we kept the old drive unit, compass, and rudder sender.  A days work and Otto is up to his old reliable self once again!!!!!  "Good, Otto, good....."

Hanging around Savusavu (like the sleepy little town a lot, we do!) we decided to take a dive boat out to the Namena Reef, also famous for its soft corals and coral formations.  We went with Koro Sun Diving, along with our friends John and Pat from The Rose.  Had a good day of diving on the spectacular reef, though the boat was packed with about 22 people total, too many for our taste.....really a diving rodeo, and all the bubbles scared a lot of the critters as we descended.  Ah well, it was great to get out on the reef nonetheless.....


One day we decided to hop a bus from Savusavu to Labasa, the largest city on the island.  It's about a 2-1/2 hour ride, up and over the ridge in the center, to the dry north side of the island.  Different climate, and very different cultural experience. 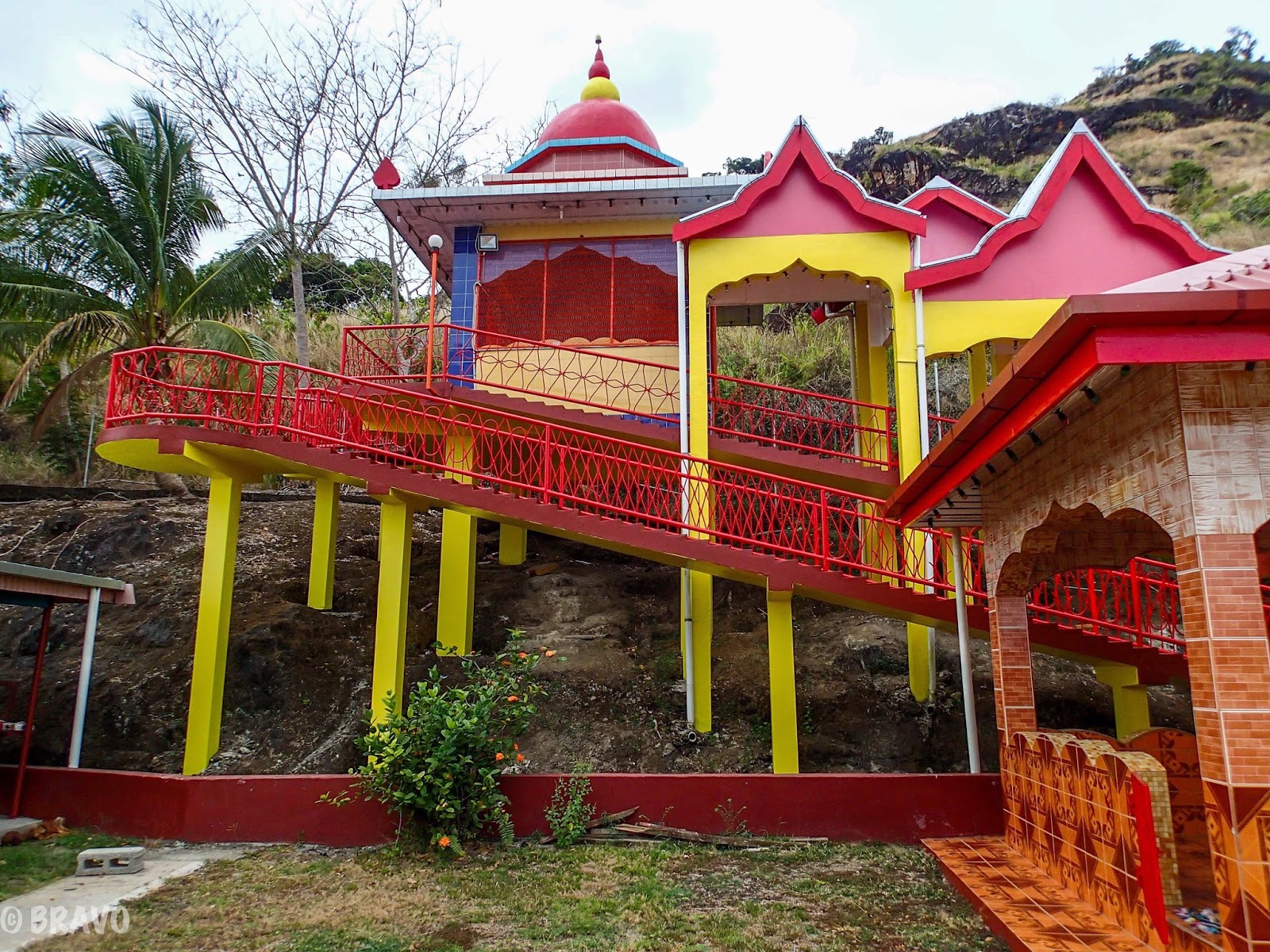 Labasa is predominantly Indo Fijian, unlike the rest of Fiji that we've visited so far.  While in town we visited a Hindu temple, Nag Mandir, home of the holy "cobra rock". 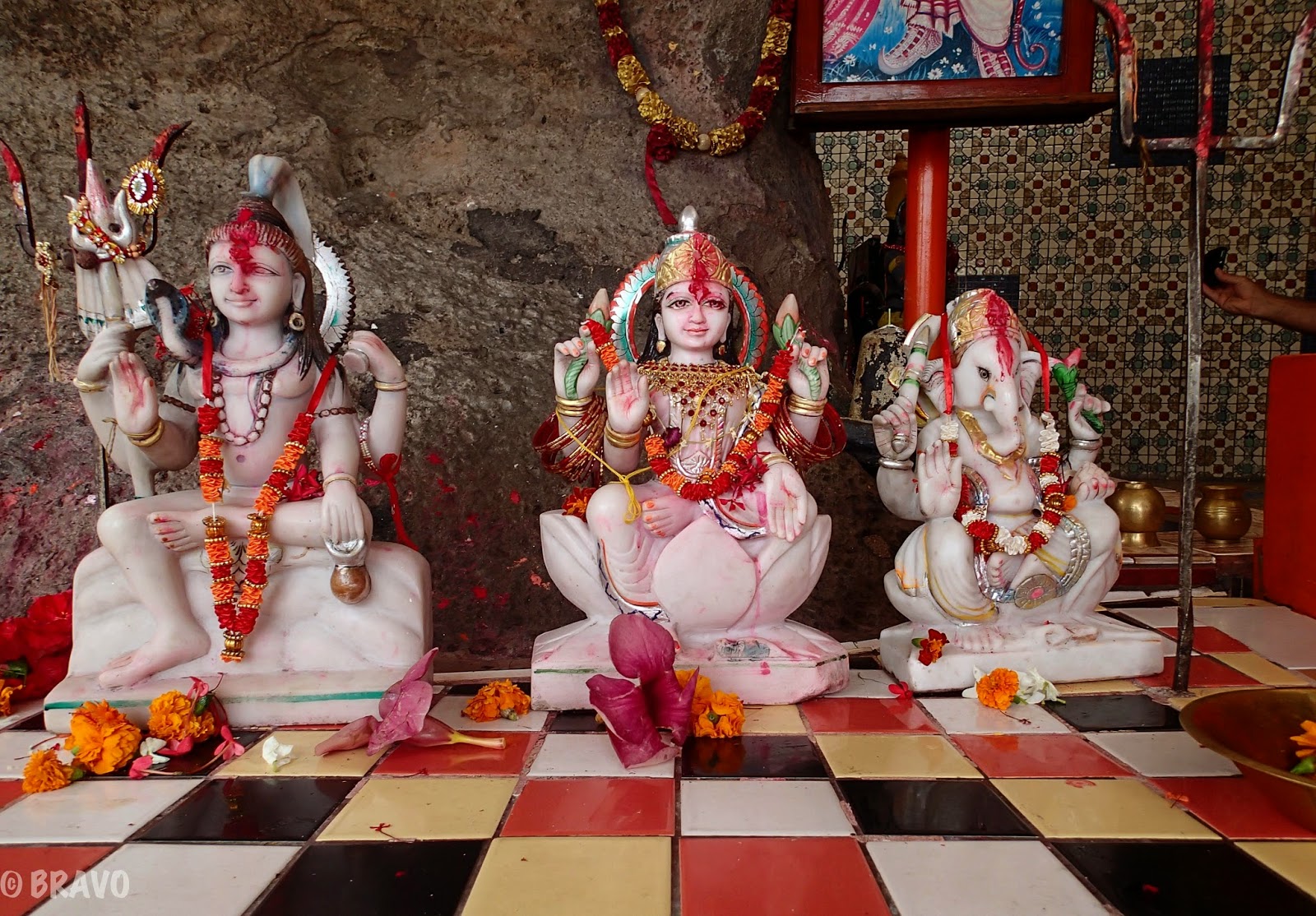 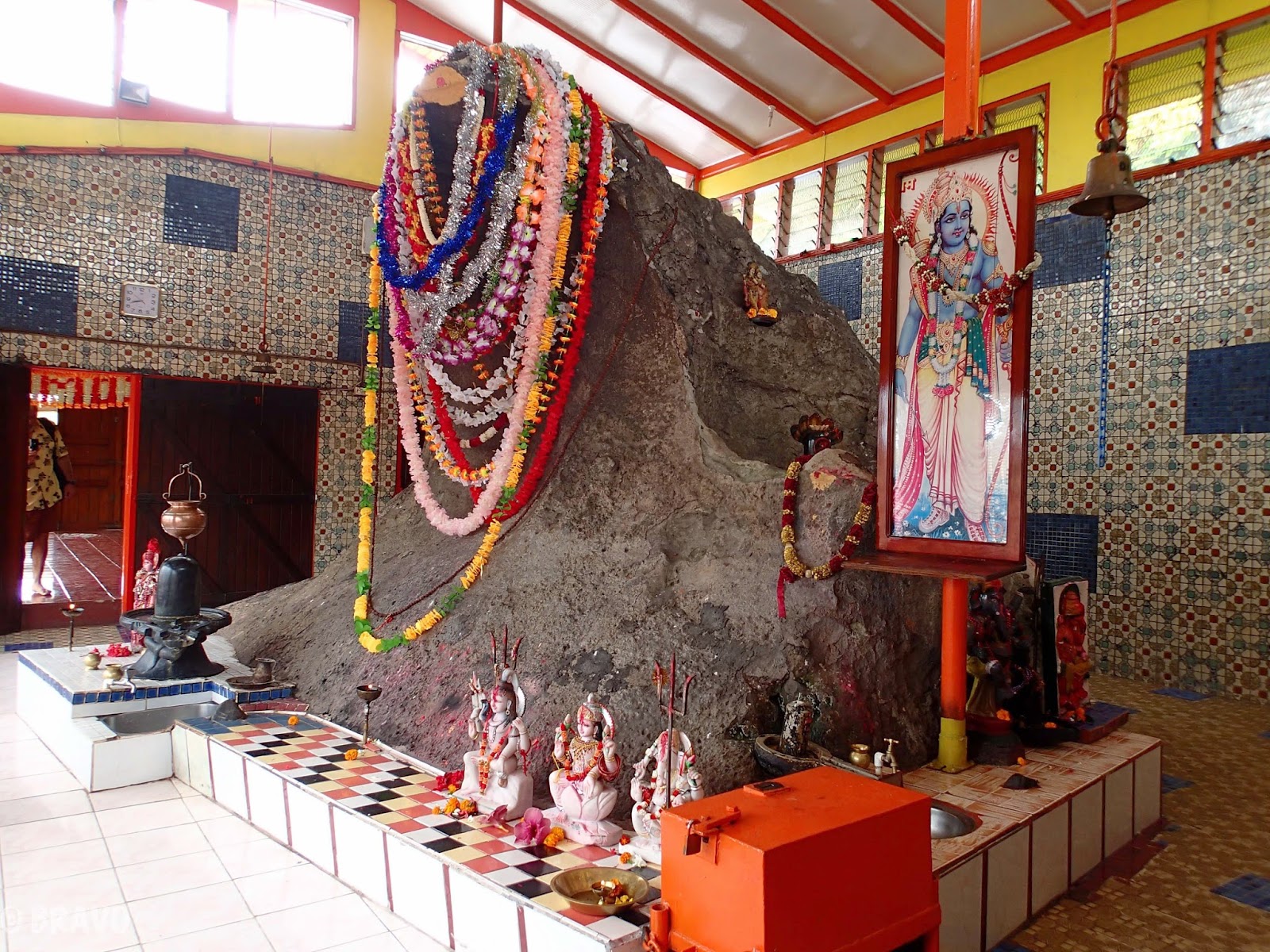 The market was full of various Indian spices and foods, as well as the usual great veggies and aisle after aisle of kava sellers.....these guys take their grog seriously. 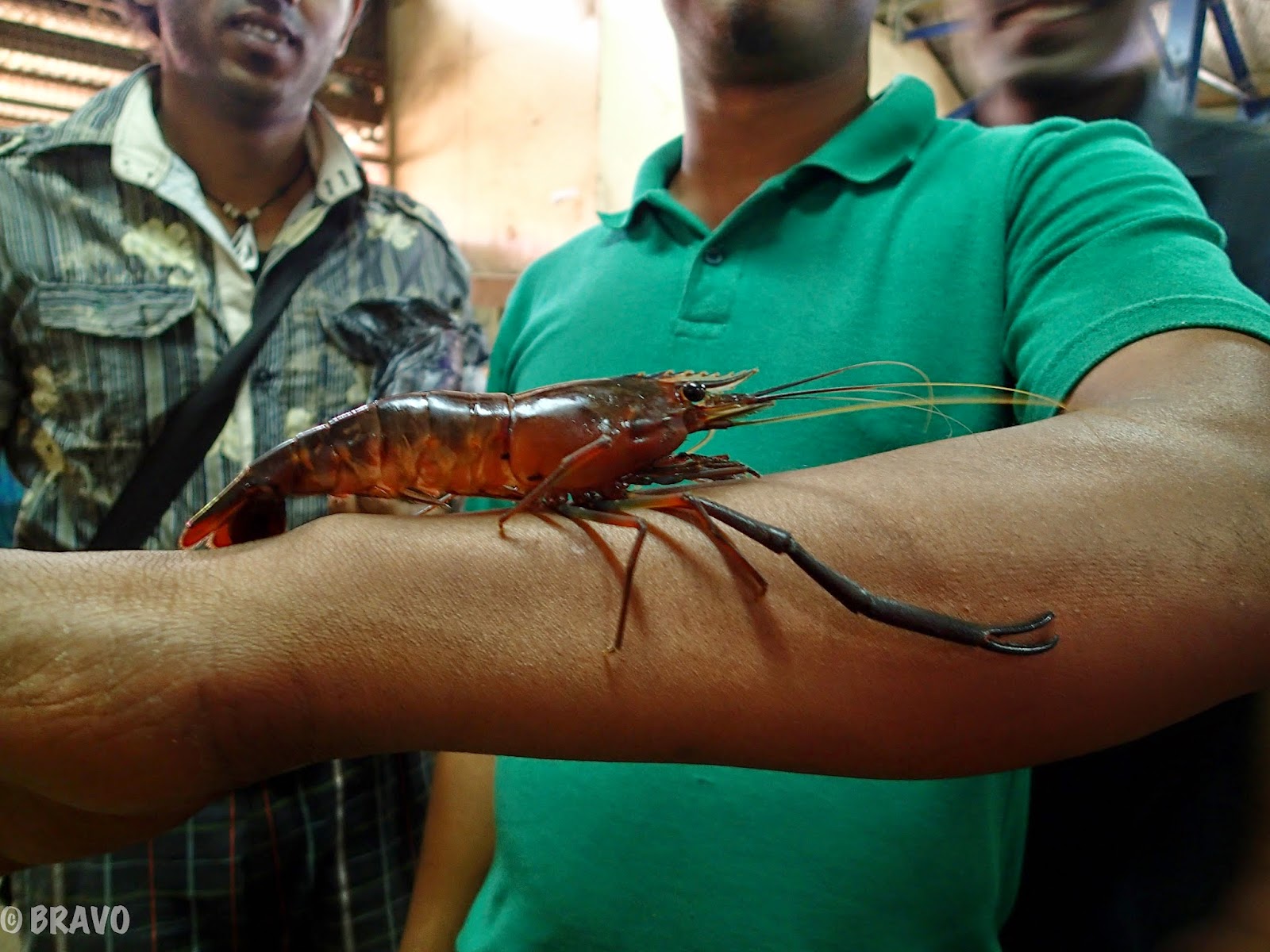 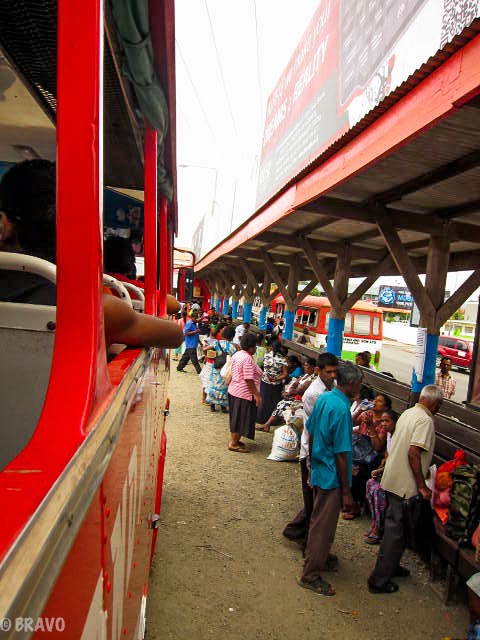 The bus ride was open air, no windows.  Got a bit cold on the ridge, where it was even drizzling a bit.  But all in all another great third world bus ride.  We're suckers for 'em.  (though no squirming sacks of live chickens or guinea pigs like their south American counterparts......damn.....)

We realized how special the diving at Viani Bay had been, and decided to head back around the corner (about 40 miles) to the Bay from Savusavu.  Had a great sail, and Otto drove the whole way!!!

Here are a few photos from some of our dives on the Rainbow Reef..... 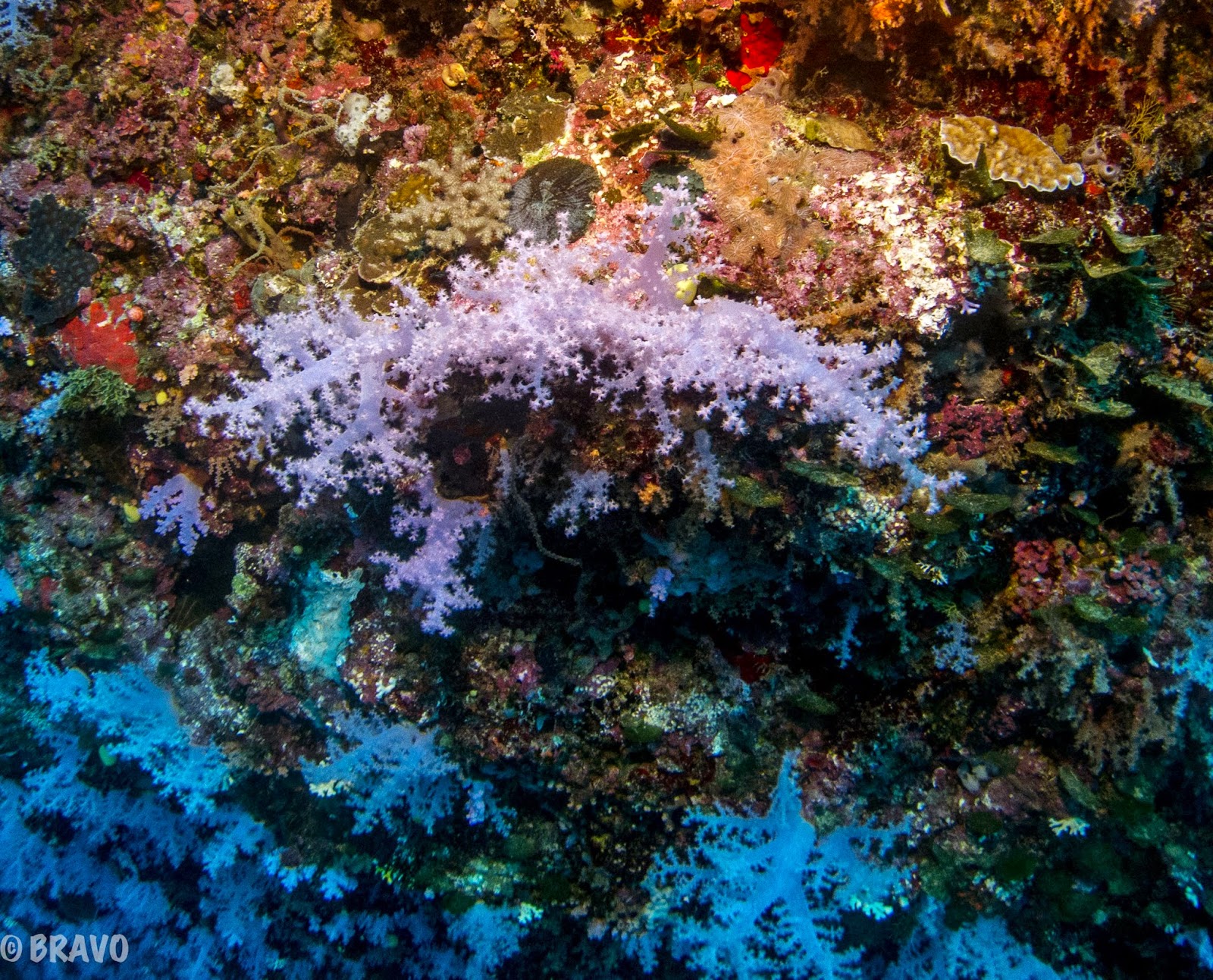 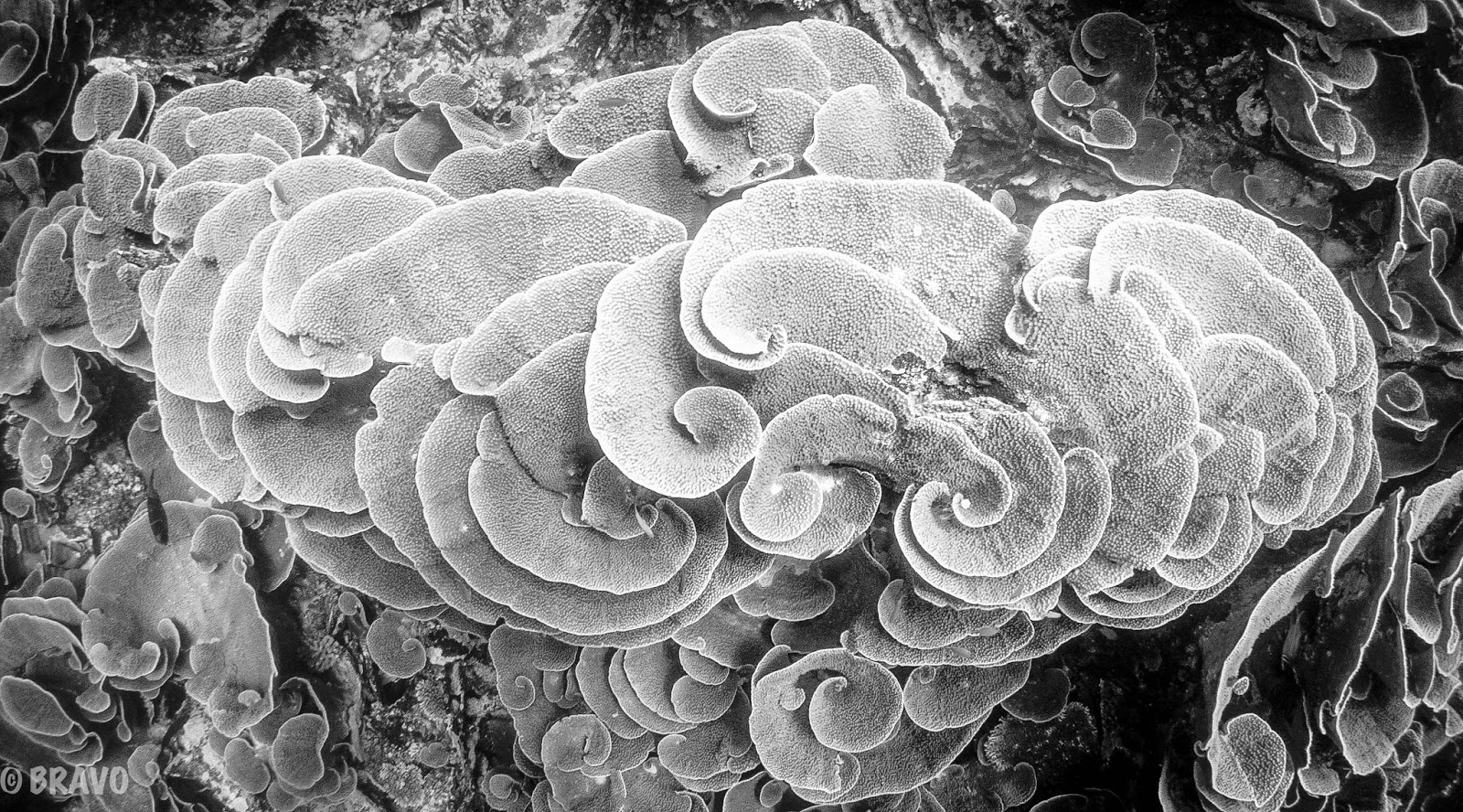 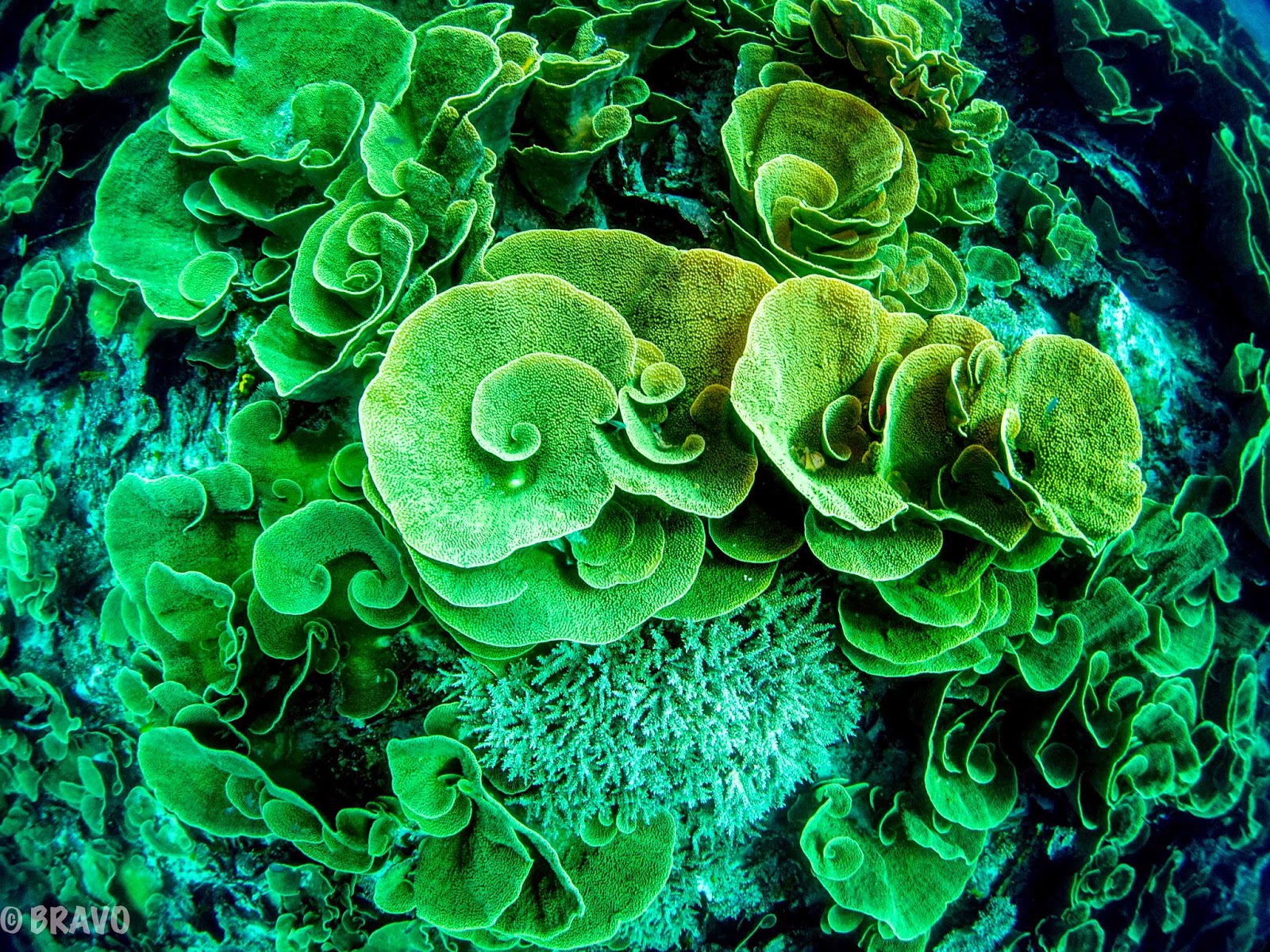 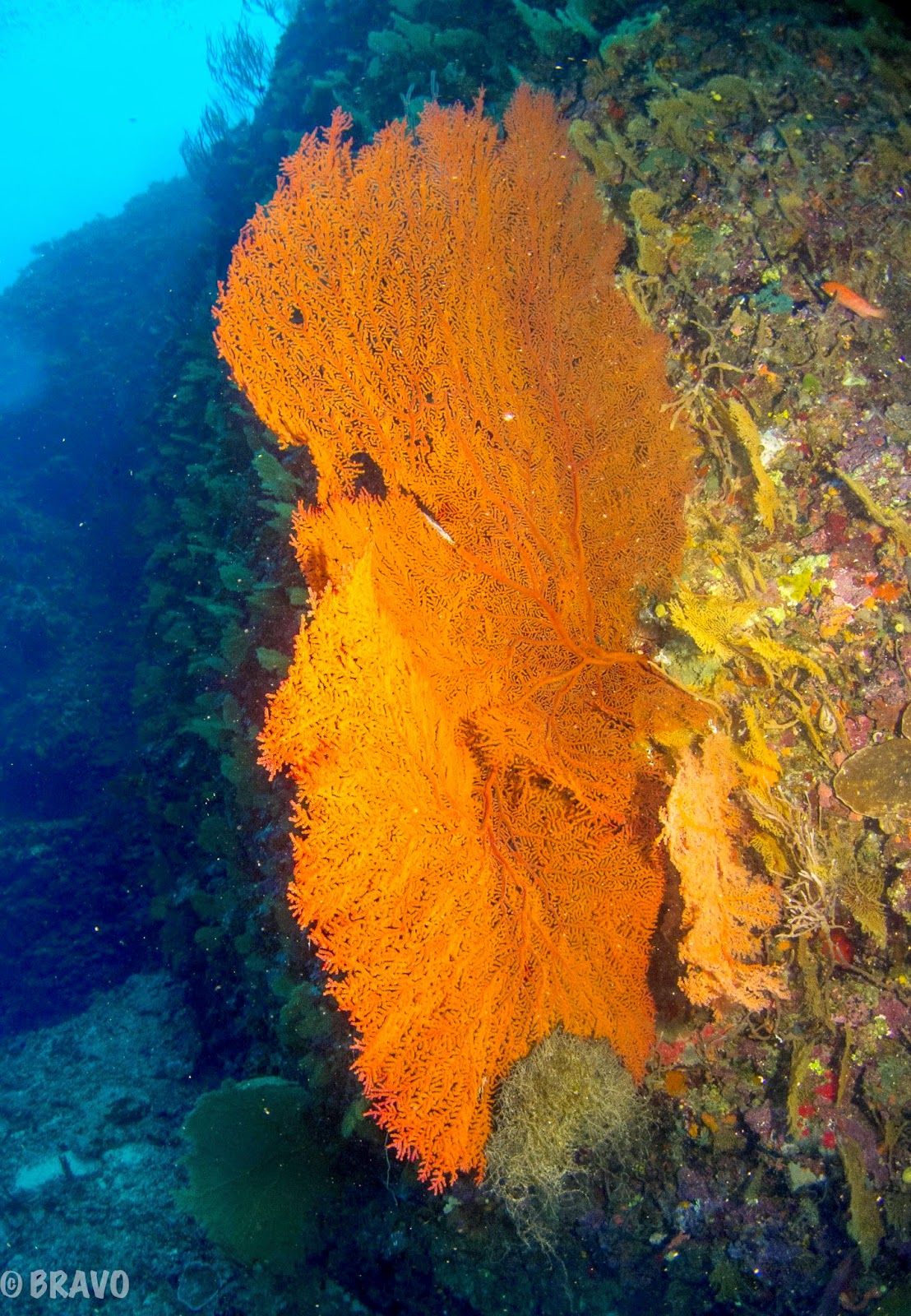 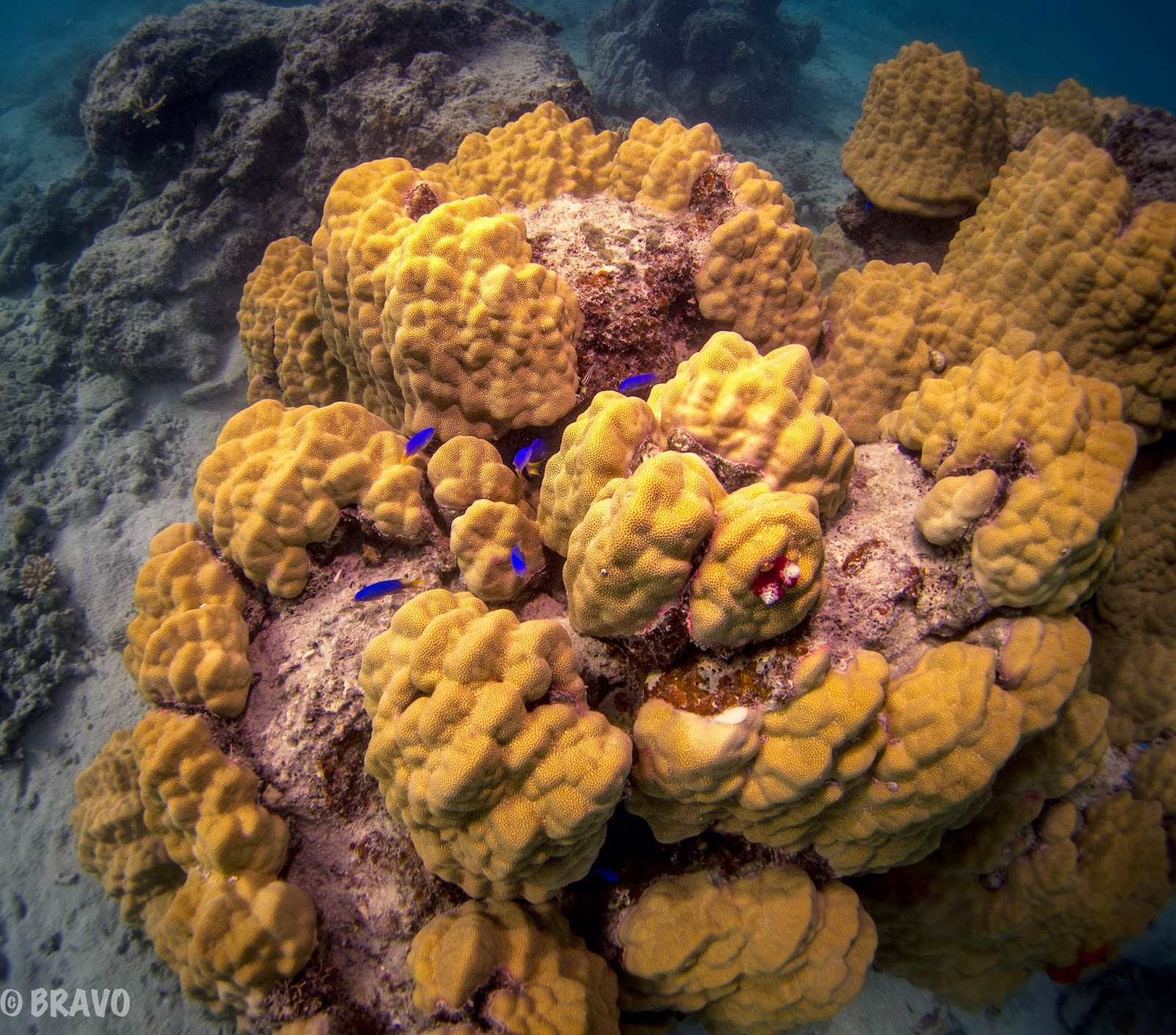 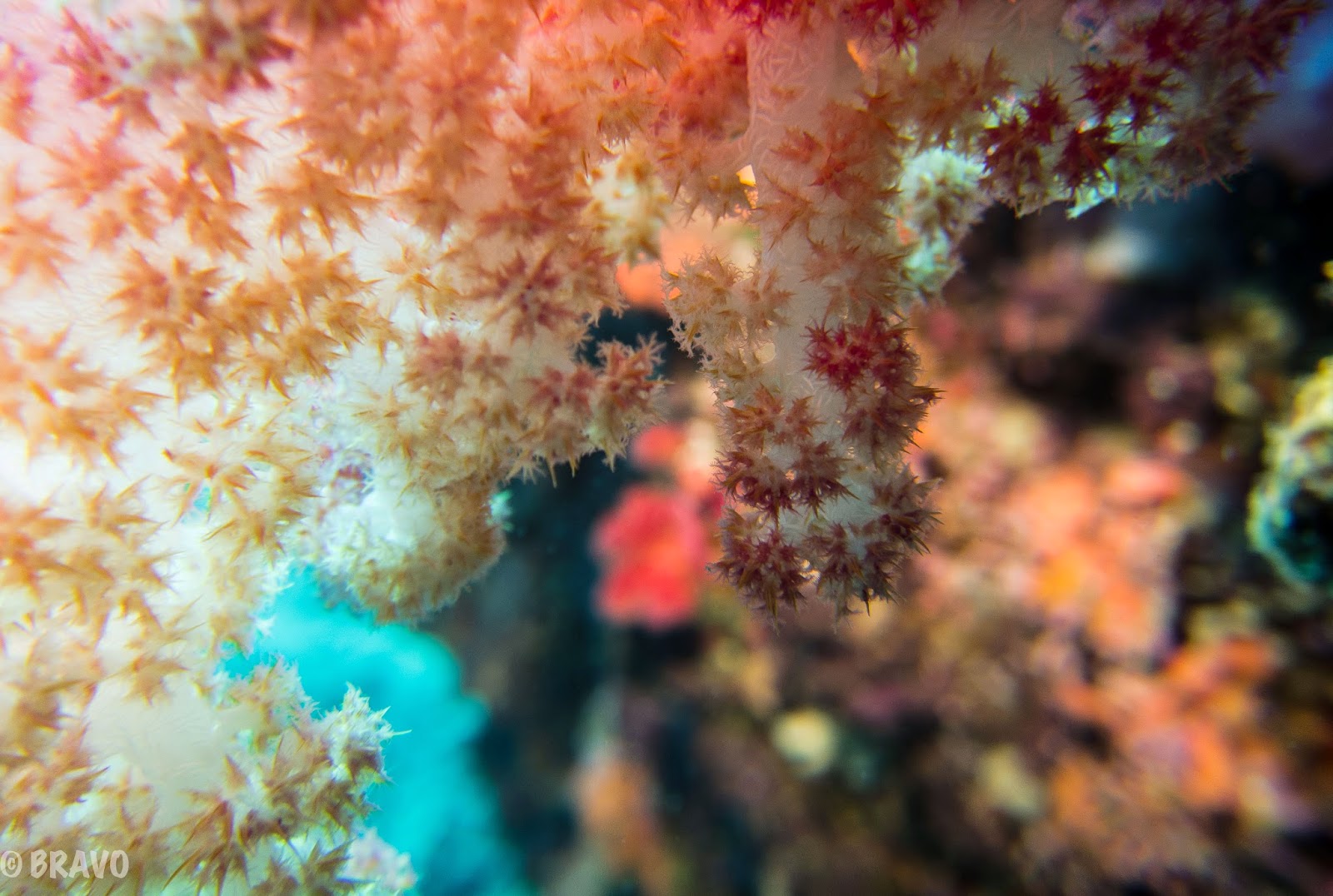 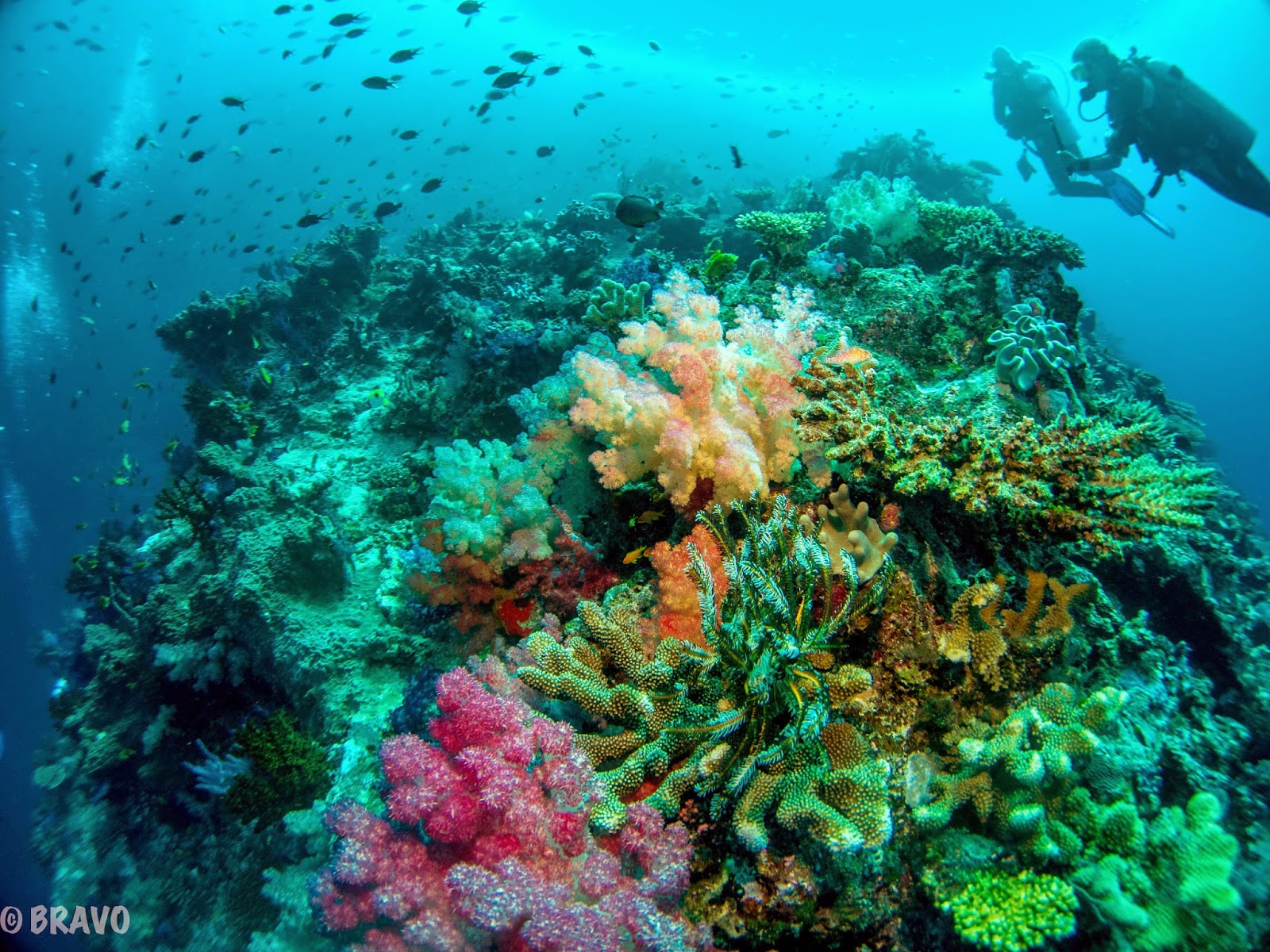 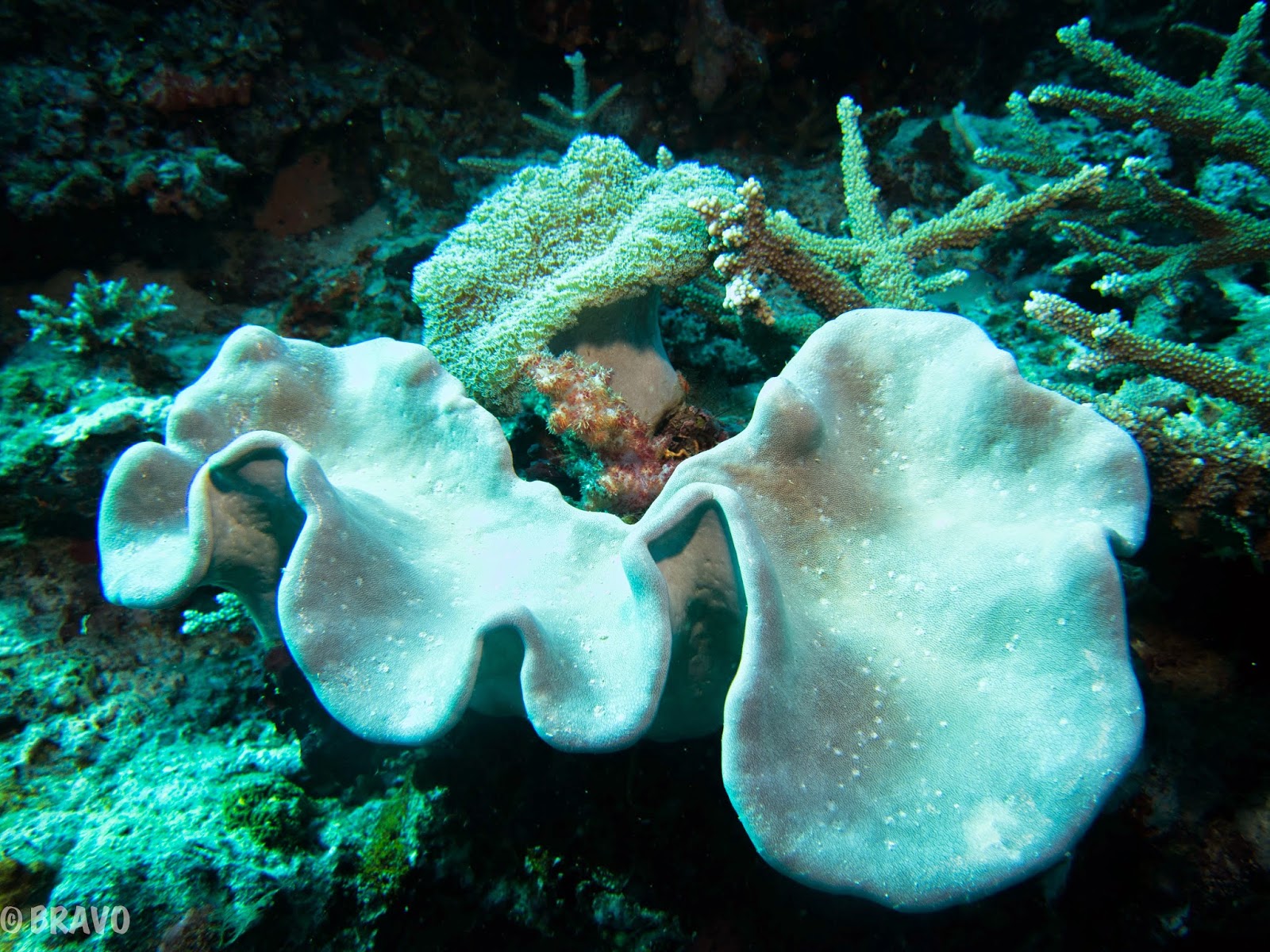 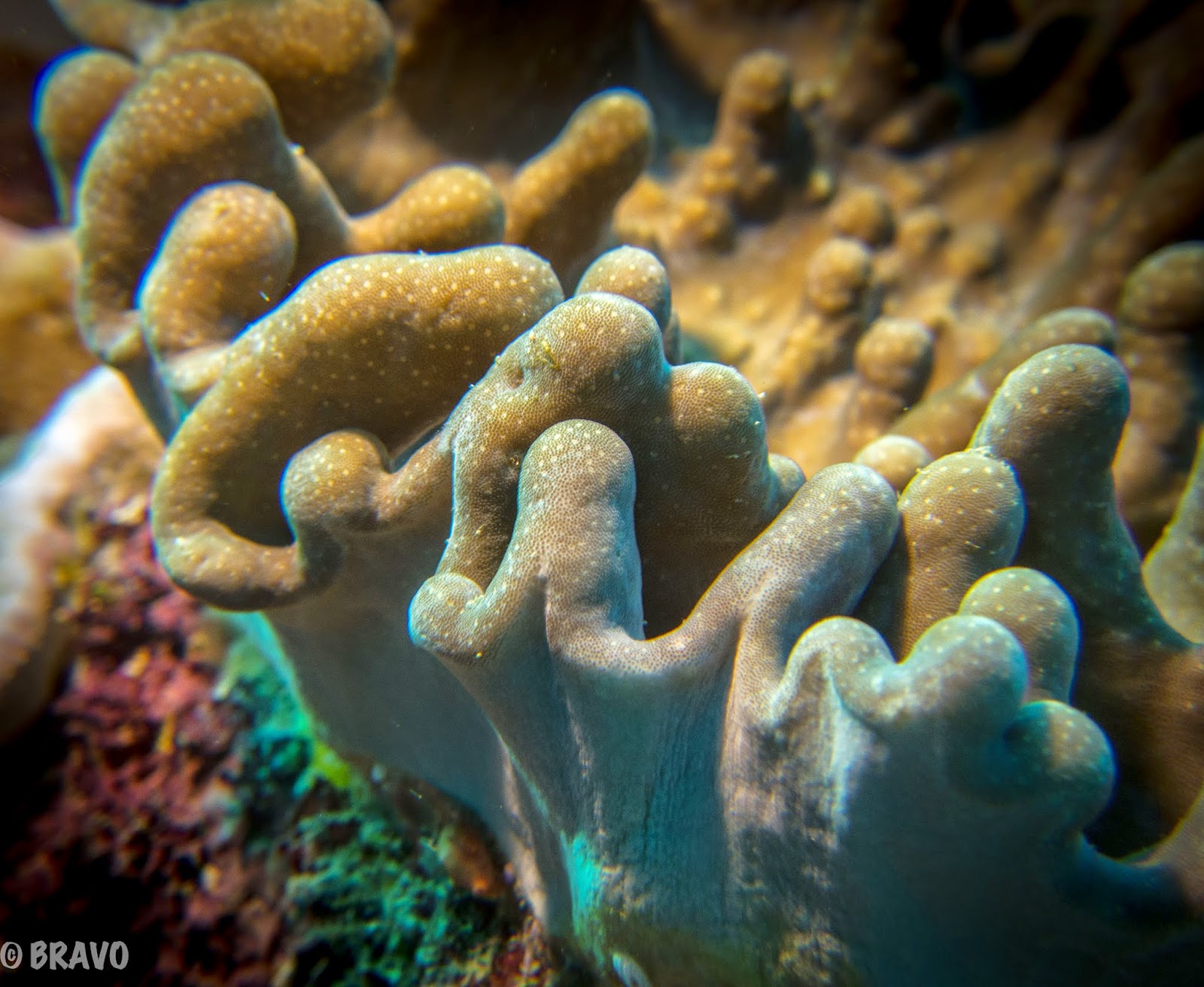 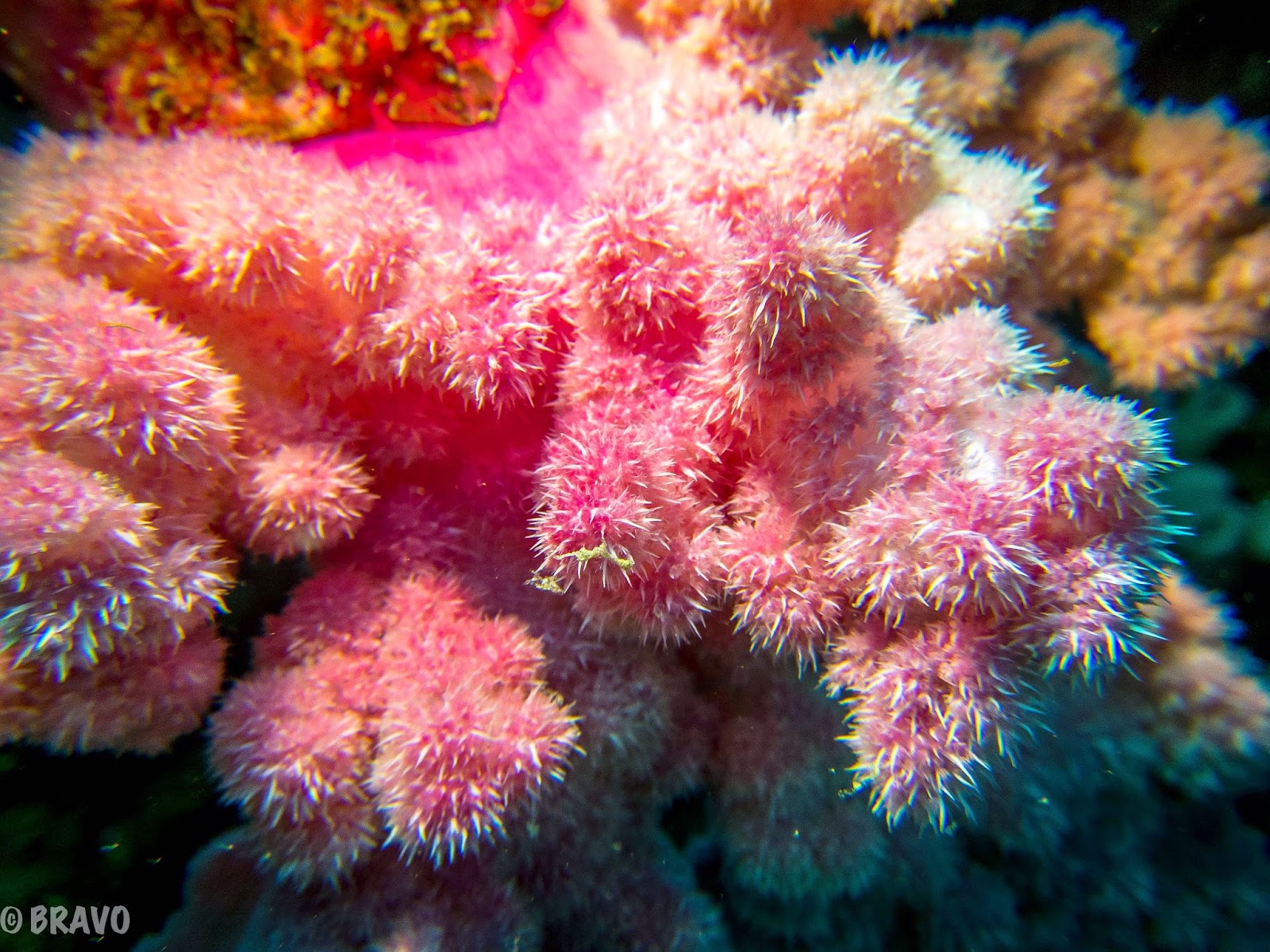 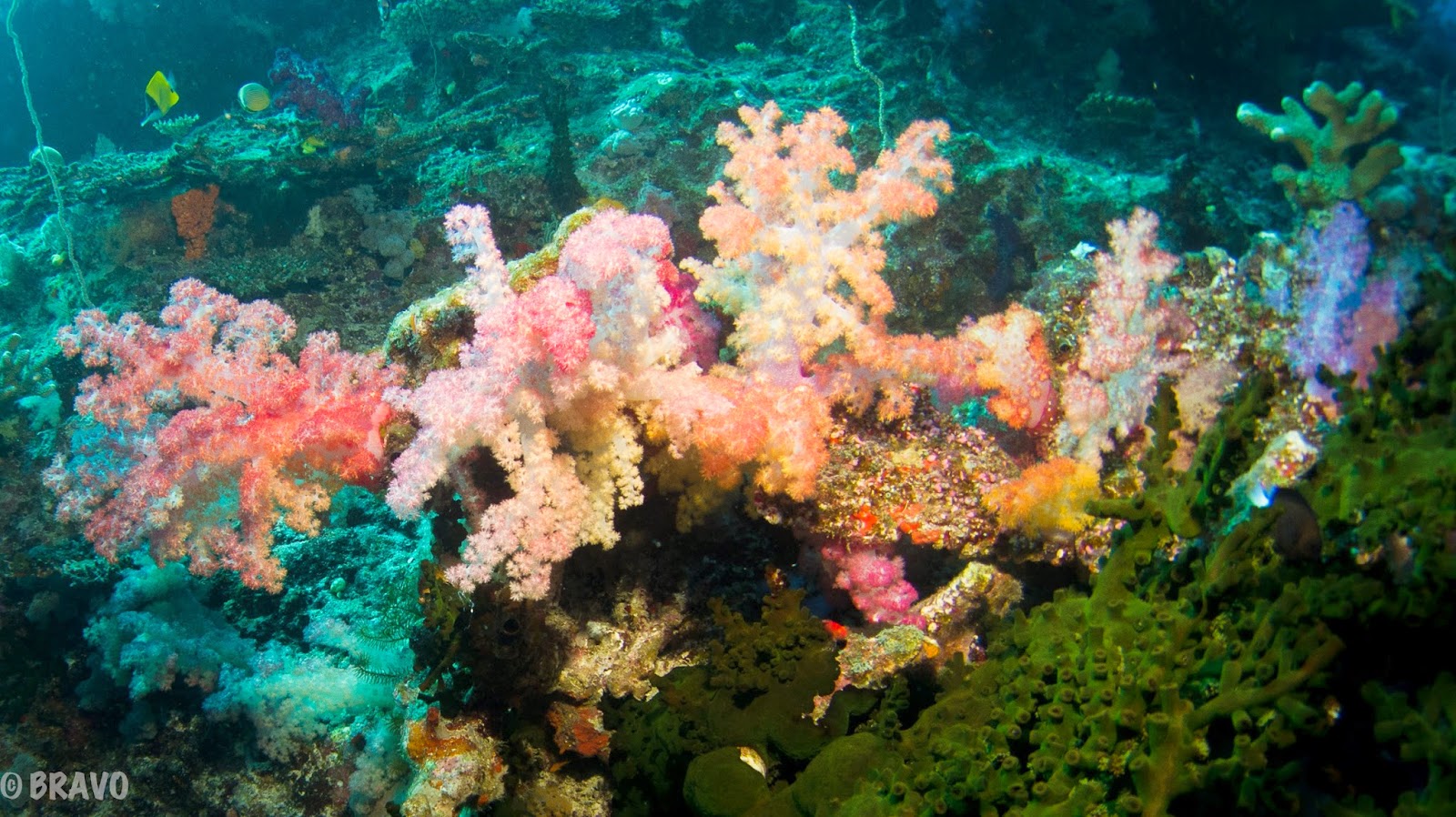 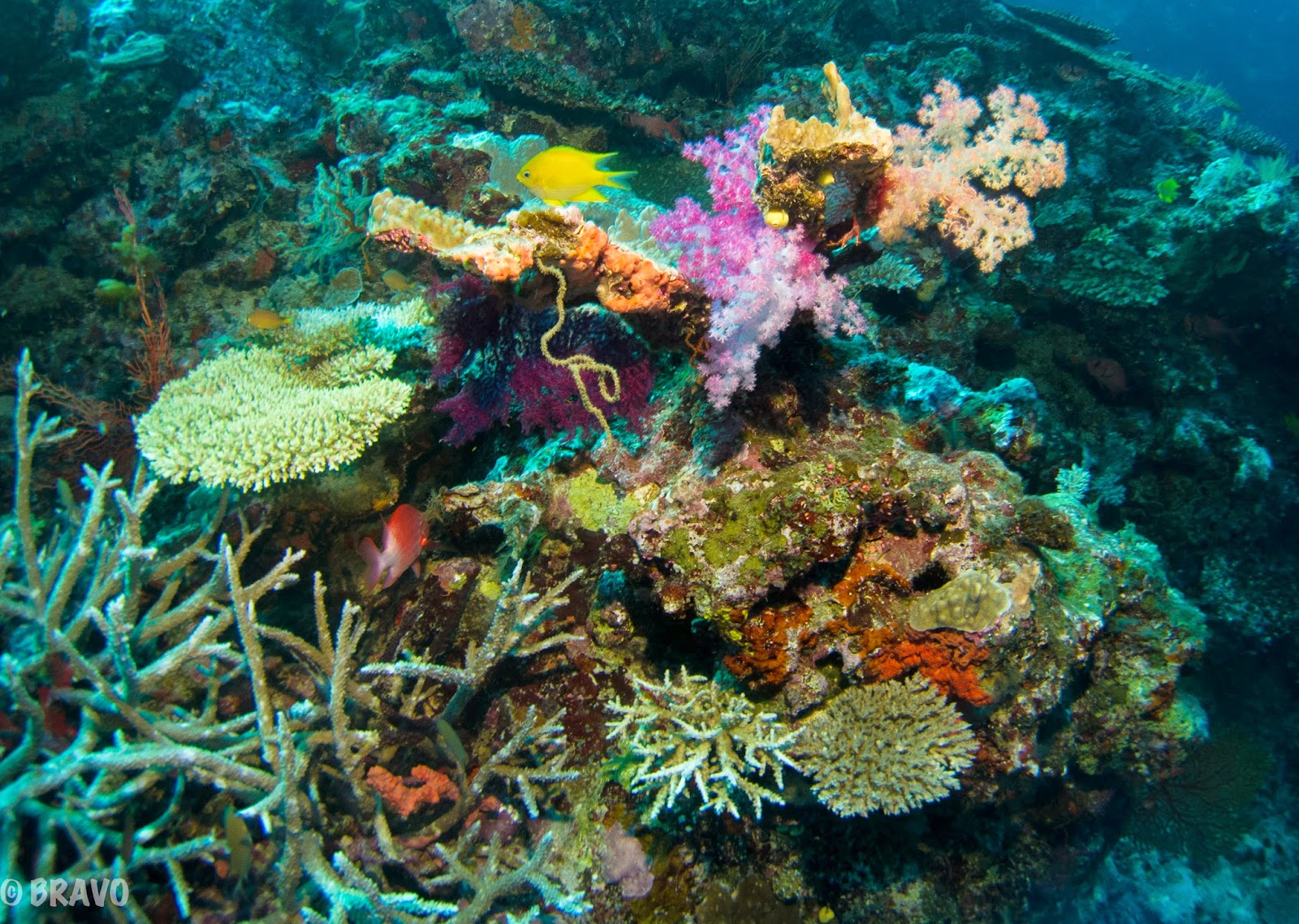 While diving, Cindi and I decided to take the Advanced Open Water diving course from our favorite dive operators, Dolphin Bay.  Great people, and a terrific place to hang out between and after diving.  They'd pick us up on Bravo each morning for another fantastic day on the reef.  Sweet!!!

Finally, after another week or so at Viani it was time to start moving on.  Lots more of Fiji to explore before we need to check out in late October, bound for New Zealand.  We headed over to Koro Island, 45 miles to the west, approaching the main island of Fiji, Viti Levu.  Koro is another beautiful Fijian island, the 6th largest, with 14 villages around its perimeter.  One unique thing about Koro is the availability of "free hold land".....that is, land available for purchase by individuals from outside Fiji.  (only 9% of Fiji is like this, the rest is held by the native villages).  There is a "resort" here of sorts, really a community club for the expats from 26 countries who now own land here in the development.  The approximately 40 solar powered houses seem small, eco friendly, and unobtrusive.  We walked about a mile to the nearest village to do our sevusevu with the chief, but were told he was at the school watching a rugby tournament.  Off we went to watch the tournament, never found the chief.  But the rugby was fun, and we enjoyed another visit to a friendly Fijian village.

Went diving today with a local dive guide, Peceli.  He did a great job directing us around the fringing reefs to a dive site, "The Cavern of Whips".  The coral here has been hit hard by crown of thorns starfish and some bad storms in the last couple of years.  But it was a fun dive anyway, with some terrific caves, and Peceli knew the complex reef like the back of his hand.  Vinaka, Peceli!


Will head off tomorrow for Makongai Island, a former leper colony, now a breeding station for turtles and giant clams, about a 25 mile sail to the west.......stay tuned!
Posted by Adam at 6:49 PM