Flying south from Buenos Aires to El Calafate in southern Argentina, the Bravo foursome were instantly immersed in this land of natural superlatives: enormous glaciers, dramatic, world renowned peaks, beautiful, clear streams and rivers, and some of the greatest trekking and climbing in the world.  Throw in the huge penguin colonies, history of maritime adventure and exploration, and access to Antarctica, and it's easy to see why visiting Patagonia has been a lifelong dream for so many, including ourselves.

And "many" hardly describes the throngs of people who flock to this magical place.  This typically well heeled gaggle of travelers is here for an often once-in-a-lifetime experience, and the high costs reflect that this reality is well understood by the locals.  Tourism is a huge industry down here, and there are no end to the opportunities to explore the rivers, mountains, glaciers, and seas of the area.  Photographers with monster lenses and pro gear nearly outnumber the point-and-shooters, and photo safaris from all over the world seem to congregate at the logical spots. 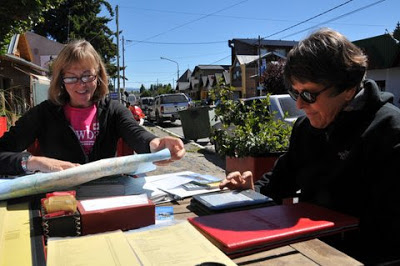 Arriving in El Calafate, we were amazed at the number of chi-chi clothing shops, expensive restaurants, and outdoor outfitters.  It felt a lot like the shopping at a large ski area.  We spent a couple of days here getting the lay of the land, and were happy to boogie out of town, hopping a 3 hour bus to Chalten.  This small town in the large Parque Nacional Los Glaciares is nothing much, really.  Just created in 1985 as a remote outpost for Argentina to protect its border with Chile, Chalten now has become a hub for trekkers and climbers here to explore the park, home to the largest ice field outside Greenland and Antarctica, and feeding 47 glaciers. 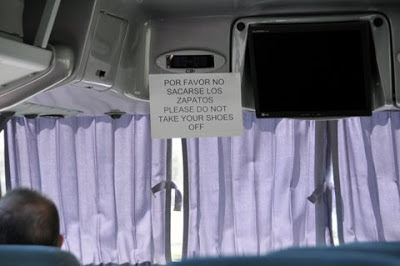 The bus ride started out fairly routinely, but soon became spectacular as we neared the park.  Views were terrific, and the bus driver told us how lucky we were to get such a clear day.  They just kept getting better and better... 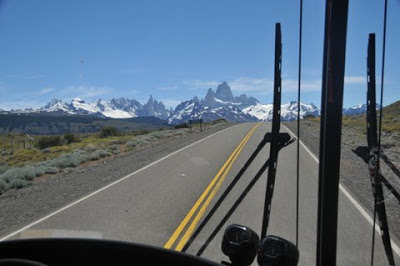 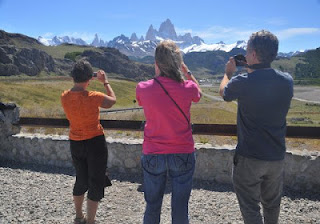 This bus ride had the highest pixel-to-mile ratio of any we've taken, as all of the photographers were huddled around the driver and in the doorwell.  He finally pulled over to let us take a few outdoor shots!!
﻿
We arrived at the ranger station in Chalten in mid afternoon, and went in for the mandatory rangers briefing on park safety, especially fire, as well as recommendations for the best hikes in the park.  The weather was so incredible, especially for Patagonia, that he advised us to take every advantage of the window, as he felt we only had a couple of days before it closed in again.  It stays light so late down here that we were able to go for an easy 6 mile hike up to a beautiful lake in front of Cerro Fitzroy, before coming back down for a late dinner. 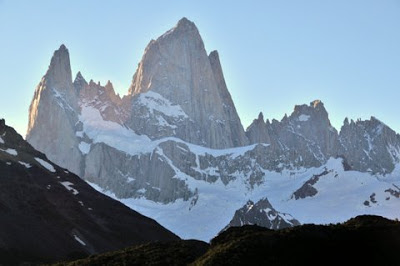 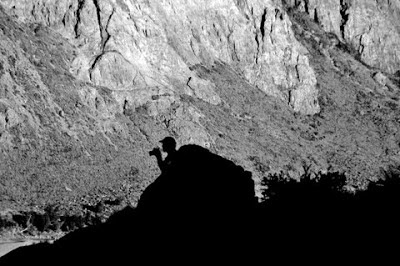 The next day we left our hostel early for a terrific hike up to a spot overlooking both Cerro Torre and Fitzroy, two of Adam's all time climbs to dream about.  Both mountains are the stuff of legendary climbers from throughout climbing history.  In early times, it took European climbers 3 weeks on a ship from Europe to Buenos Aires, then a 2025 km (1575 mi) truck full of expedition gear, then a few days of horse train into a base camp.  Often the weather was so bad that climbers would return to Europe after waiting for 3 or 4 weeks, and never seeing the mountain!!!

Its gotten much easier these days.  Today, climbers can wait in Chalten for a good weather forecast of a 2 or 3 day window, and then make a quick, light jaunt to camp at the base of the climb.  From there, most of the routes are climbed in 1 to 3 days.  But its still some of the most difficult rock climbing in the world, and attracts the world's top climbers.  While we were there, around 12 parties were registered with the ranger as being out climbing.  No routes are given, as on-wall rescues are impossible.  Self rescue here is the only way. 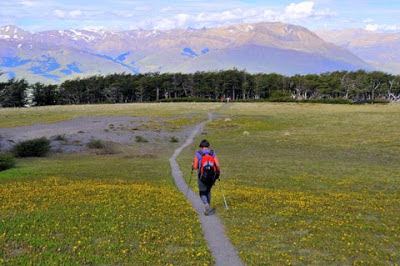 We set out in the morning under blue skies, once again.  We were headed for the Loma del Pliegue Tumbado.  The hiking was easy, on an excellent trail, as it climbed steadily for around 3 hours.  It led to an incredible mirador (viewpoint), with tremendous views of Cerro Torre, Fitzroy, and the lakes all around.  We hiked up an additional 1000 feet to the top of a small neighboring hill to get even more up close and personal with the views!!!  Truly amazing..... 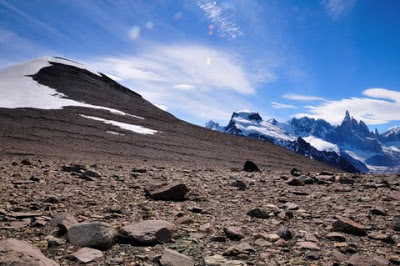 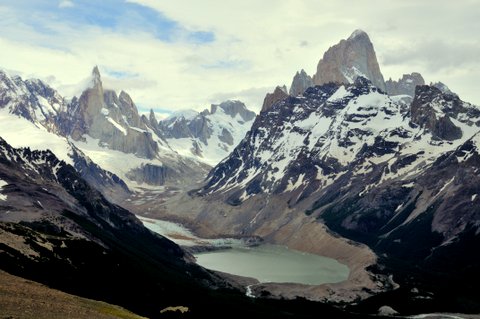 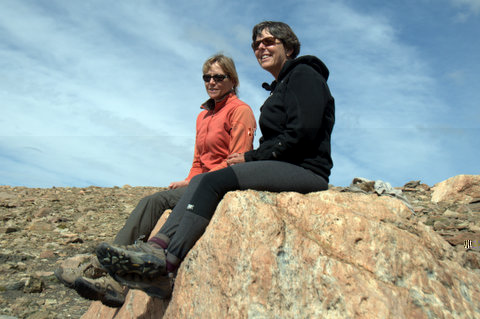 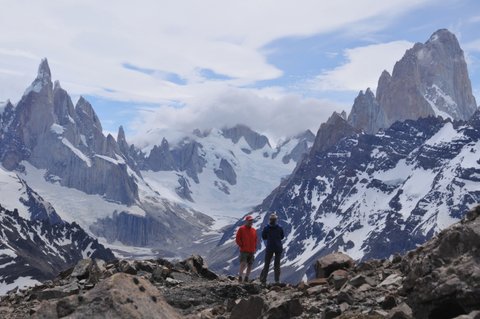 ﻿ ﻿ A great hike, with great friends, among some of the worlds most spectacular peaks.  A fine day by any standards.....