Bravo team back aboard

It's been a great 5 week trip throughout Ecuador.  We've thoroughly enjoyed the people of this unique country, seen some beautiful places, and had some great adventures.  But it sure felt terrific to get back aboard 'Bravo' last night after a 9 hour bus ride from Quito, find her safe and sound, and begin to get back into our normal life on the water.  We haven't updated the blog for a while, but we've been on the move.  Here are a few highlights of the past couple of weeks....... 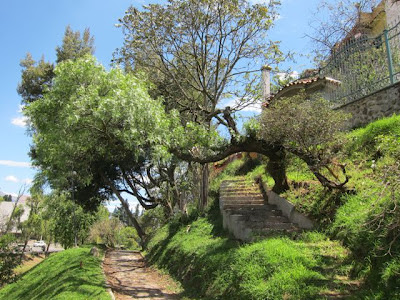 What a sweet city this is.  No wonder that so many folks are retiring here (many surveys rate Cuenca as the top city to retire, in the world!). 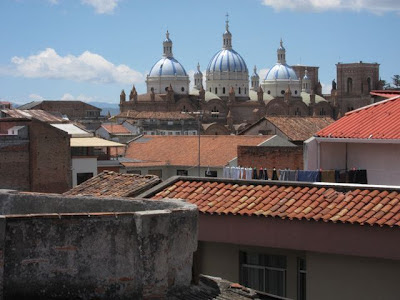 With a great mix of old colonial architecture and newer, more modern neighborhoods, amazing springlike climate all year around, and close proximity to great adventures in the Andes, we get it!  Spent 4 or 5 days here, enjoying the sights, sounds, and smells of Cuenca..... 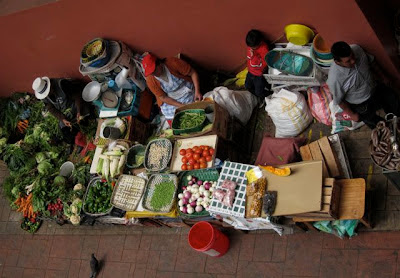 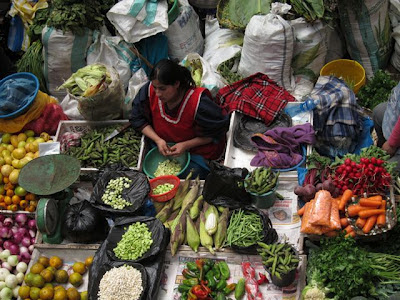 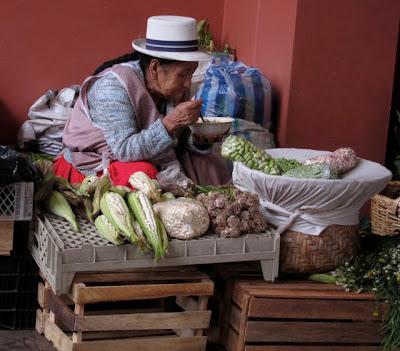 One fun thing about Ecuador is that it's where "Panama" hats are made.  They got the "Panama" name when they were worn by the guys working on the Panama Canal.  We couldn't resist visiting one of the better hat factories which was in Cuenca.  The hats are woven in houses of indigenous weavers around the area, and then finished in the factory.  Worn by rock and movie stars for years, the shop turns out some real beauties!!! 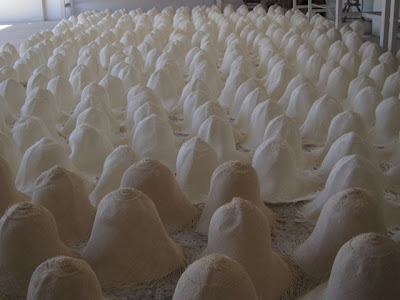 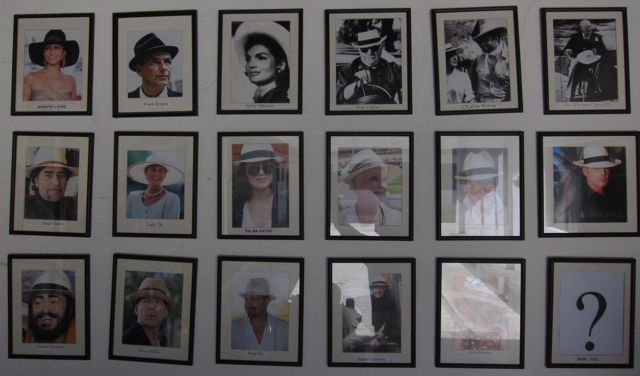 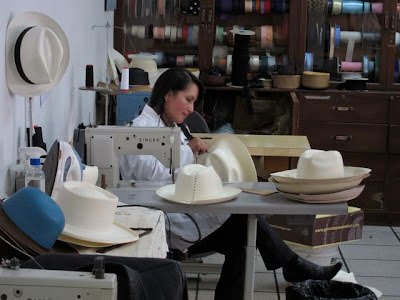 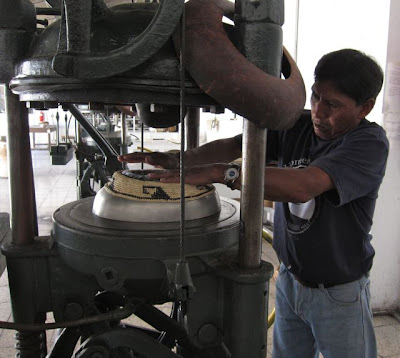 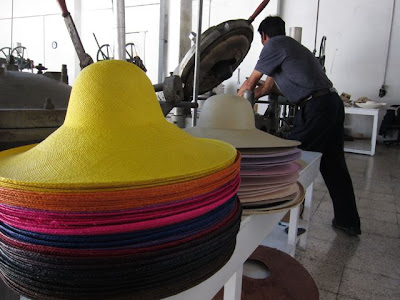 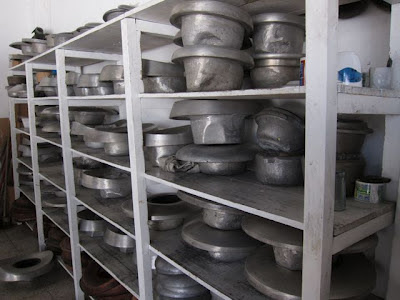 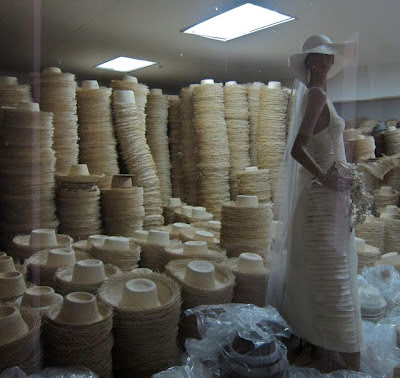 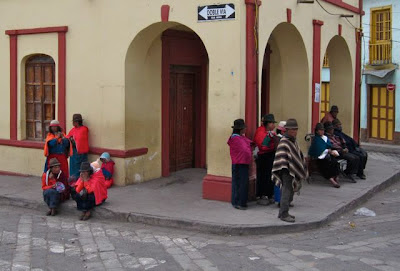 Stopped for a night in this small indigenous community.  Got here as the weekly market was ending for the day, but still experienced a very traditional setting.  Only one hostal in town, this place is far off the "gringo trail".  The hostal, Inti Sisa, is run by a non-profit foundation dedicated to providing educational opportunities to the local indigenous children.  Run by a Belgian expat, the place was one of the nicest hostals we stayed at in Ecuador.....highly recommended!


Road from Riobamba to Macas
This new road through the Sangay National Park is a spectacular drive across the Andes.  Although controversial when it was built a few years ago, the dramatic road does travel over and around some amazing scenery.

All that we could find on it through Google searches was info about the deadly bus crash 2 years ago, killing the whole bus load, and info on the controversy surrounding its construction through the park.  Armed with that, we figured, "how can this be bad??"!!!  Turned out to be dramatic indeed, even though we hit it on a cloudy day.  Highly recommend this route to the jungle.


Tena
We stopped for a couple of days in Tena, a small city in the jungle, just about 4 hours outside of Quito.  Pretty touristy being so close to the big city, Tena serves as a gateway to Amazonia, and we enjoyed our jungle walks right around town.

There's a park at the juncture of two rivers, and it was chock-a-block with critters and beautiful jungle forest.  Saw our first tapir strolling on the trail, and a family of squirrel monkeys. 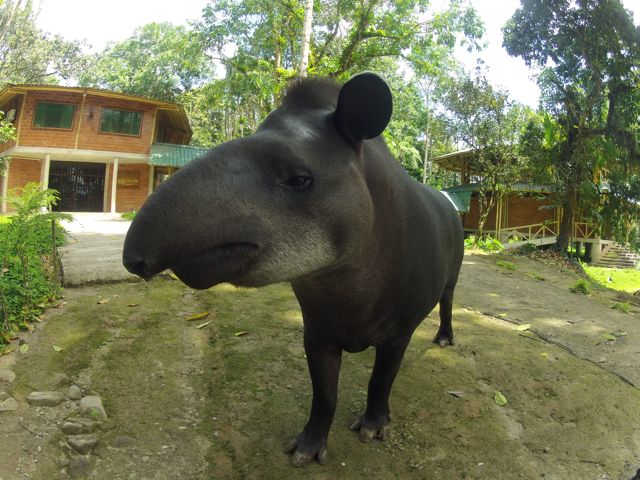 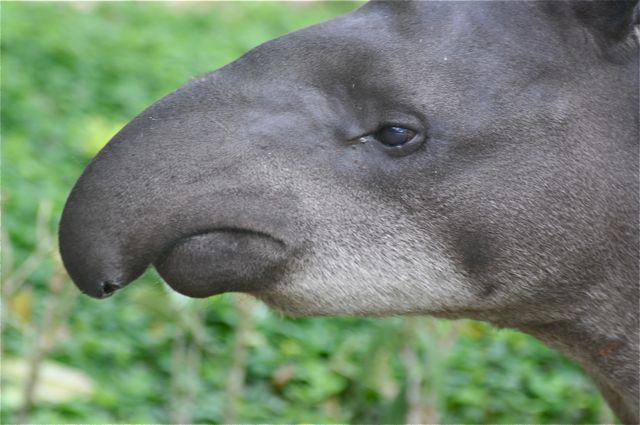 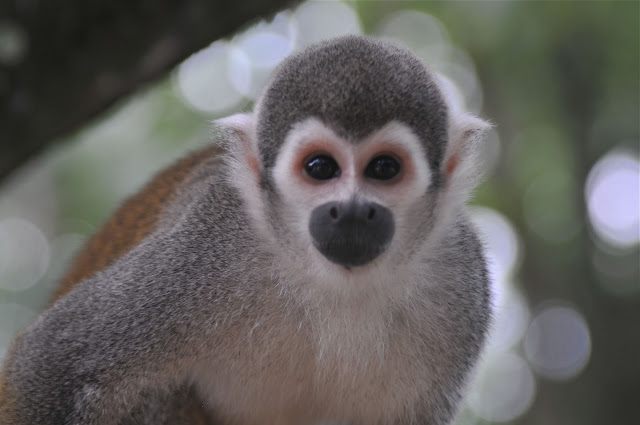 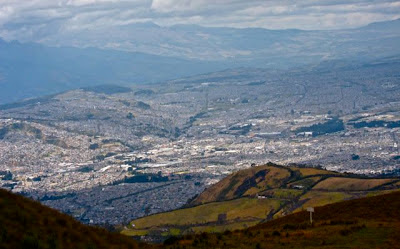 We spent nearly a week exploring Quito.  It's a really interesting city, an extremely dense mix of the old colonial town married to a bustling commercial hub, with large public parks and green spaces throughout the city. On Sundays they close several major roads throughout the city to cars, and open them only to bicycles and pedestrians!!!  Very cool. 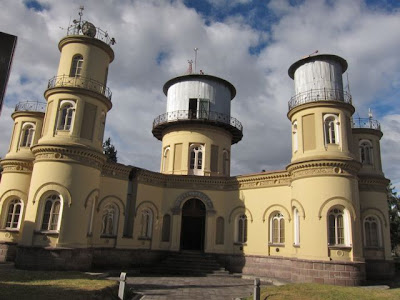 Visited a historic observatory in downtown Quito.....at one time the largest observatory in Latin America, the viewing of the night sky must have been terrific before Quito got electric lights!!!  Now houses large refracting scope (open to the public on some clear nights), seismic, and metereologic instruments.  Very satisfying for Adam's "inner geek"!!!


Enjoyed seeing the historic sites, including some amazing churches, nearly one on every corner in the colonial city.....the conquistadores really inspired the fear of god into the locals!!! We climbed to the top of the belfry in one, the large Basilica. 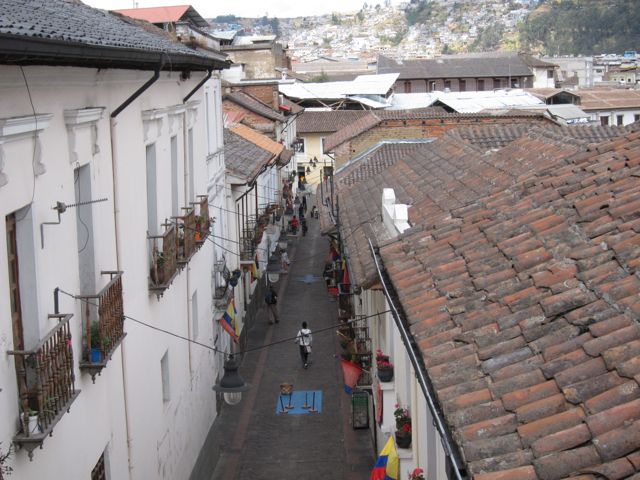 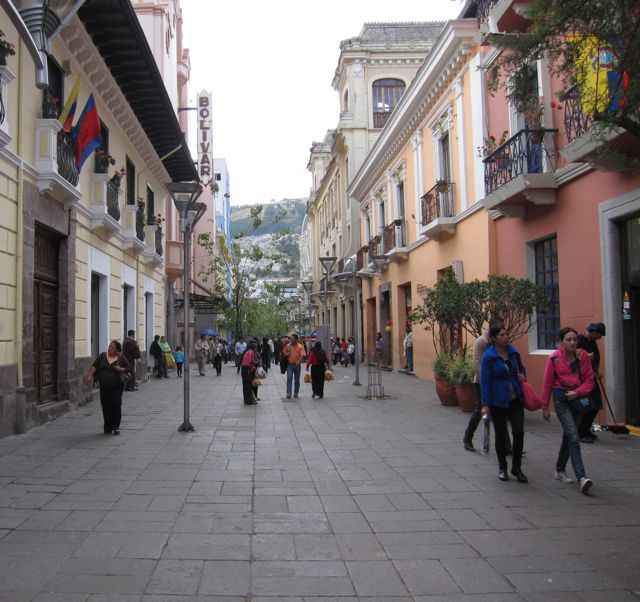 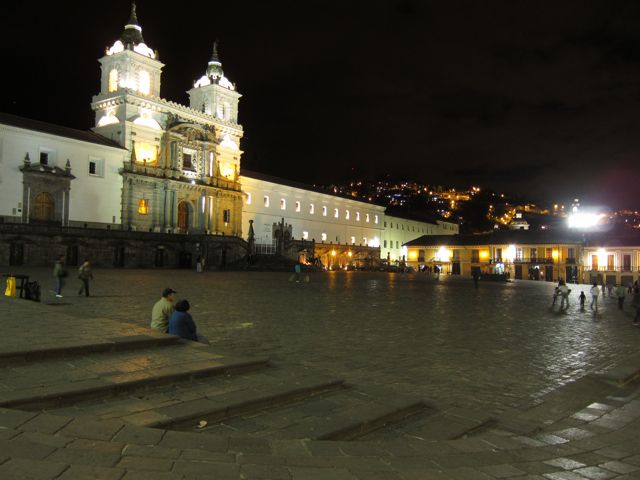 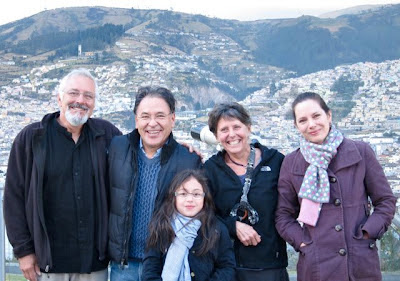 We visited with our friends Isabelle, Alfredo, and Isa at their beautiful home under the TeleferiQo, the gondola up a mountain overlooking the city.  (The TeleferiQo is a very worthwhile trip, by the way....Amazing views of the city below).   On our last night in Quito, Alfredo, who grew up in the old town, gave us a terrific tour of the area.  Nice!!!


We're now getting ready for a trip to the U.S., where we'll spend the month of September visiting family and friends, before returning to 'Bravo' at the end of the month, to begin our travels to Peru, Bolivia, and Patagonia.......